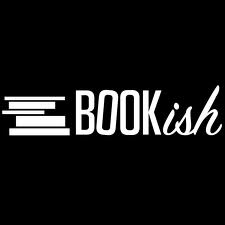 After a nearly 24 month wait and a revolving door of CEOs, Bookish.com, a new online bookstore financed by Hachette, Simon & Schuster and Penguin, has finally launched. Print and ebooks can be purchased directly from the site or through affiliate partnerships with all the major book retailers.

CEO Ardy Khazaei—who has been in the position for three months, after roles at HarperCollins and several startups — notes that ecommerce for Bookish is being run by Baker & Taylor, which brings a catalog of more than a million titles and insulates the company from any potential conflicts of interest that might interest the Department of Justice.

Khazaei promises Bookish, which is being positioned as a “book discovery tool” rather than an online bookstore, has potential to be superior to existing online platforms, be they like Amazon, which has been marred by bogus reviews and whose editorial line is heavily influenced by its paid-for-promotions and self-interest in its proprietary publishing program, or Goodreads, which relies heavily on crowdsourcing and collaborative filtering.

“We’ve tried to emulate how people make recommendations,” he told Publishing Perspectives. “There are two components: the machine process, which incorporates a lot of variables, authors, genre, pub dates, tags, etc. But beyond that what we’ve done that is impressive from a technology process — we are ingesting the book descriptions and popular and critical reviews, surfacing critical themes from the book, providing a robust feature set.” It is, he adds, “essentially Big Data applied to the knowledge of books.” Karen Sun, a graduate of MIT, serves as Bookish’s “Recommendations Data Scientist” and has been responsible for overseeing “trillions of calculations,” according to Khazaei.

The X factor, says Khazaei, is the editorial content which will “permeate the site.” An editorial team led by Rebecca Wright, formerly of the Daily Beast, and includes author and former book editor Luke Dempsy, oversee 18 content channels. The editorial team with produce original content — authors interviews and the like — as well draw content from publishing partners, which in addition to the trio of main investors, include some 15 other major publishers (and their distribution clients). Whether this translates into a “most favored client” status when it comes to exclusive content or access to authors remains to be seen.

One of the biggest questions surrounding Bookish is whether or not this is the ultimate manifestation of the publishing industry’s own D2C play. Khazaei, who notes that he “all but coined the concept of direct-to-consumer” while at HarperCollins, denies that Bookish is in direct competition with bookstores. “We love bookstores,” he says. “What we want to do is drive market expansion. If people don’t discover books, they buy less or don’t buy at all.”