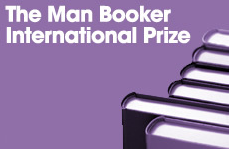 The finalists for the Man Booker Prize International Prize for fiction were announced at India’s Jaipur Literary Festival. The award, an offshoot of Britain’s better-known Man Booker novel-of-the-year prize, is awarded for a lifetime’s work, and is open to authors of all nationalities whose work is available in English.

Organizers of the prize noted that both China’s Yan Lianke and Russia’s Vladimir Sorokin have had books banned in their homelands:  Yan angered Chinese authorities with Dream of Ding Village about the AIDS crisis caused by HIV-contaminated blood, and “To Serve the People,” which features a character who can only be aroused when his lover smashes images of Chairman Mao. Sorokin, best known to readers for The Ice Trilogy, had his early books banned in the Soviet Union.

Christopher Ricks, who chairs the judging panel, noted that the 10 were “astonishingly different” writers, who range in age from their 40s to their 80s.  (The other judges are Elif Batuman, Aminatta Forna, Yiyun Li, and Tim Parks.)

Previous winners of the 60,000 pound ($95,000) award include Canada’s Alice Munro, Nigeria’s Chinua Achebe and Philip Roth of the United States.

The award, which is given every two years, has been the cause of  debate and controversy.  British spy novelist John Le Carre asked for his name to be removed from the short list, claiming that he eschewed awards, and one of the jurors resigned at the choice of Roth as winner.

This year’s winner will be announced in London on May 22.