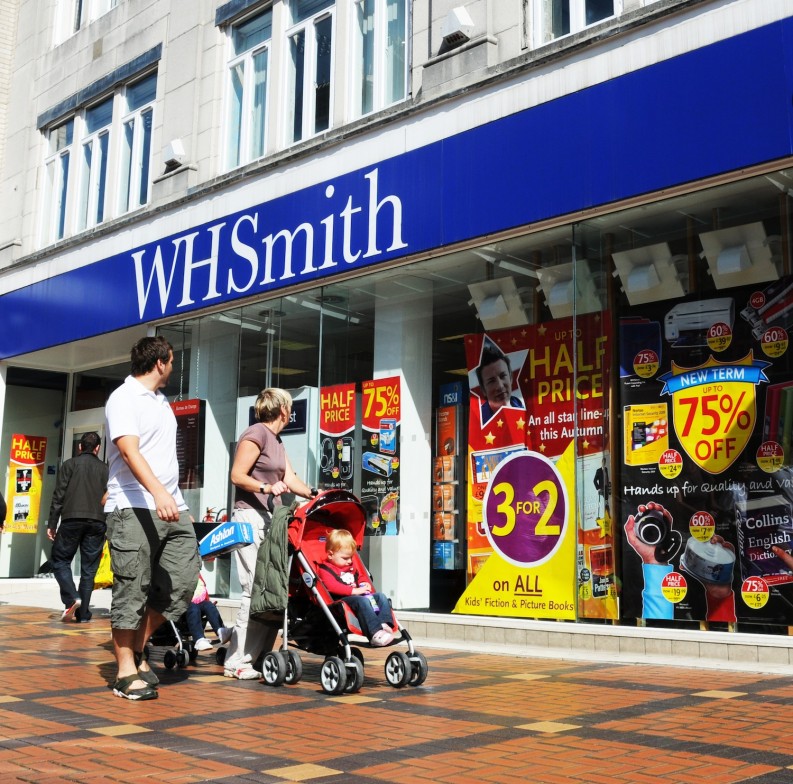 A highly focused strategy has helped WHSmith defy the “death of the high street” hyperbole. LONDON: Is the longevity of WHSmith the most remarkable survival story in UK retail? The recent woes of entertainment retailer HMV, coupled with the collapse of camera retailer Jessops, DVD rental chain Blockbuster and the electronics retailer Comet, have all led to much talk of the death of the high street. Yet there WH Smith remains, an emphatic presence, opening stores, experimenting with formats, partnering with Kobo, expanding internationally — all in the face of financial analysts who are fond of saying ”if Smiths didn’t exist, why would you invent it?“

Have these doomsayers been proved wrong? After all, it isn’t Smiths name that one hears among retail collapses; there aren’t any boarded-up Smiths shops in the UK; it isn’t Smiths that is breaching banking covenants.

“The thing about Smiths is that when they get behind something, they can still deliver.”

Although its Christmas trading statement for the 20 weeks to 20 January 2013 was less than sparkling — total sales down 4%, with like-for-like down 5% — Peter Saville, partner at advisory and restructuring firm Zolfo Cooper in London, noted: “These results are disappointing rather than disastrous. In these market conditions, a 5% sales decline combined with gross margin improvement isn’t a crisis — especially for WHSmith, which is heavily exposed to the turbulence of the current retail market.”

It is also possible to find publishers whose experience with the chain over the last 12 months has been positive. “I think Smiths are a very innovative retailer, both in the more traditional areas of their business and in the emerging digital space,” said HarperCollins’ UK MD Simon Johnson. “You have to work really hard in this market to drive sales and margin. The buying team are excellent — they’re really passionate about books. They understand the product and the consumers they’re targeting. They’re really good at working with us as a partner, so on children’s for example, we met with them before the fiscal year started and adjusted our strategy based on those conversations.

“They’re vitally important for us, both as a customer but also as a showcase for our authors’ work. They’re a tough partner to deal with sometimes, but you have a lot of respect for that. Certainly, our numbers with them are going up.” Kate Swann is given much of the credit for WHSmith's survival

One sales director commented: “The thing about Smiths is that when they get behind something, they can still deliver. Take the two Richard & Judy Book Club titles, Gone Girl [Gillian Flynn, Phoenix/Crown] and The Secret Pilgrimage of Harold Fry [Rachel Joyce, Black Swan/Random House]. Their contribution to those books is massive.

“Others retailers have gone, but Smiths are still there and it’s a testament to Kate Swann [CEO]. She runs a really good business. Kate and Rachel Russell [the much respected head of books] are very good business women who inspire loyalty in their teams.”

Swann’s name is mentioned frequently. “One of the cleverest things she did was getting out of recorded music and DVDs,” said one chief executive. “They put in more stationery and made it more authoritative, but they also continued with books. There has been pressure on all printed material — books and magazines — from Amazon. Everyone was suffering from the shift to digital at first, and from online growth. But that has eased a bit now, and I think those who have survived — like Smiths and Waterstones — have turned a corner.

“The company has been more and more efficiency-driven and less consumer-focused.”

“All the analysts said there was no place for Smiths. Well, the best thing the board did was hire Kate Swann — and I’d certainly buy shares in wherever she goes next.” She departs later this year, to be replaced by Steve Clarke, currently MD of WHSmith’s high street stores, “who knows how she works”.

But there are detractors as well, although even they stressed how important Smiths are to the UK market. “We all want to see a strong Smiths and a growing Smiths. But I suspect that they are the least profitable customer for the industry. Kate Swann has done a brilliant job of transferring value to shareholders, but what is the strategy? They’ve protected margins, but revenue has fallen. The company has been more and more efficiency-driven and less consumer-focused. They’re a last man standing, but still a very important customer.”

Publishers wince at Smith’s promotional charges where it remains far and away the leader. “They are very expensive, and that makes it hard for everyone. Their revenues keep falling, but their profits increase. That down to the suppliers, and you wonder how long this can go on?”

Yet observers have been saying this for at least a decade — and a new year rolls around and the familiar blue and white sign is still there. The trouble with WHSmith is that its success is in danger of being overlooked because of the chain’s very familiarity. When Lincoln gave the Gettysburg Address, Smiths was already an old company. It was at the retailer and newspaper distributor’s stalls that Dickens bought his newspapers. Come the First World War, the company had been around for more than a century.

For most people in the UK, WHSmith is the constant in a changing retail landscape, arguably as much a symbol of the country as the Royal Family, red buses and the Beatles.

The company was founded by Henry Walton Smith — yes, WHSmith was originally HW Smith — as a tiny “newswalk” ie paper round, in 1792 in Little Grosvenor Street in Mayfair, next to Berkeley Square, where indeed one may have heard nightingales sing at the time. Its extraordinary story is, in some ways, the story of the UK itself. British children learn about the 19th century “railway mania” at school, and it was the clever exploitation of this same mania through opening station bookstalls that gave Smiths the basis of its profitable WHSmith Travel subsidiary today.

The name is also linked to great events in history. In the 19th century, the company’s bookstalls closed on Sundays. This rule was relaxed only once, during the Crimean War, when Sunday work was allowed to enable soldiers’ relatives to obtain the names of casualties at the Battle of Alma listed in the newspapers.

During the Second World War, its famous shop in the Rue de Rivoli in Paris became a Nazi propoganda shop. Stencilled German writing is still visible in the basement stockroom today.

This longevity means that it is one of the few retailers in the UK to have its own museum — above a branch in Wales — and it is possibly the only bookseller to have its name immortalized in a book title. In 1990, the science fiction writer Brian Aldiss entitled his memoirs Bury My Heart at WH Smith’s (a nice play on Dee Brown’s classic Bury My Heart at Wounded Knee, which itself comes from the lovely poem American Names by Stephen Vincent Benét). It was his acknowledgement of the influence of the retailer on his life.

A century before him, the novelist Henry James wrote of “the fine flare of one of W H Smith’s bookstalls…it gives the idea that literature is a thing of splendor, of a dazzling essence, of infinite gas-lit red and gold. A glamor hangs over the glittering booth, and a tantalising air of clever new things.” To which some publishers might add, “Yes, and The Turn of the Screw was his analysis of the company’s promotional charges…”

Of course, longevity is no guarantor of survival. Yet Smiths perfect targeting of the middle market through a carefully chosen product mix has served it well, and who’s to say that when we are all long gone it won’t still be there. Two centuries? You have to give them credit for something.

DISCUSS: Which Publishing Industry Executive Do You Most Admire?