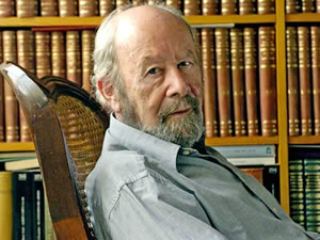 The Cervantes Prize is the most prestigious — and lucrative — Spanish-language literary award, with a prize of €125,000 (approximately $167,000).

Jose Ignacio Wert, Spain’s Education Minister, said Caballero Bonald was given the prize for a “life-long” contribution to “enriching Spanish-language literature.” The author is, however, relatively unknown in the United States. According to the Literary Saloon, his work appears to be untranslated.

The prize was first awarded in 1976, and alternates between Spanish and Latin American writers. A list of former winners, which includes Nobel Prize winners as well as Mexico’s Carlos Fuentes, can be found here.