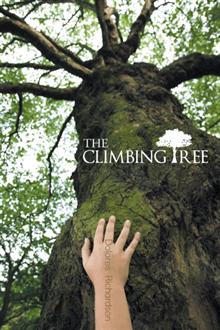 Yours Truly, The Queen by Laura Watt: This cheeky, charming tale begins after a late-night heist In Buckingham Palace, in which valuable letters written by John Lennon to Queen Elizabeth are taken. Soon, the story finds the queen, a devoted Beatles fan, teaming with a pudgy, middle-aged Beatles memorabilia collector and his grudging teenage daughter to solve the crime. With its imaginative plotting, clever prose and deft characterizations, Yours Truly, The Queen is a magical mystery tour all itself. Read review

An American in Vienna by Chip Wager: In this vividly detailed historical novel, American journalist Andy Bishop arrives in Vienna in 1914 planning to research his ancestry — only to be caught up in history after Archduke Franz Ferdinand is assassinated and World War I ensues. A love triangle, action that elevates into thriller territory and Wager’s explicitly detailed descriptions of battles, wartime hospitals and more make for a thoroughly rewarding read. Read review.

The Tale of Eleazar by Priscilla Noble-Mathews: This charming novella that first appeared in Good Housekeeping magazine tells the Christmas story through the perspective of the donkey that carried Mary on her long journey to Bethlehem. Written simply enough for young readers to navigate, this tale could also be read to children as a bedtime story. Read review. On the Hole by Jeff Bacot: When two 40-something golf buddies meet on the first tee on a day when both feel troubled, chapter by chapter, hole by hole, they share philosophies about women, religion, unconditional love, friendship and more. By the back nine, they are forced to face truths about themselves that they had suppressed. An entertaining novel sure to appeal to a wide swath of male golfers, it will also intrigue women seeking insight into what guys really think and say while lofting balls down the green. Read review.

The Climbing Tree by Dolores Richardson: Richardson takes her place in the company of top adolescent genre writers such as Sarah Dessen, Ally Carter and Meg Cabot with her story about a bright girl’s struggle to fend off terrible domestic violence and safeguard an abused baby. While this is dark territory, Richardson has an eye and ear for redemption, and her story of adolescent courage is a sure winner. Read review.

Ordinary Miracles by Krissi Marie McVicker: McVicker shares the trials and tribulations she experienced in trying to combat infertility through in virtro fertilization, including: the high cost of procedures; the raw feelings that surfaced each time the process failed to work; complicated dosing schedules and more. Ultimately, the author conceived of “three miracles” in two pregnancies, making her the perfect “BFF” for those taking a similar journey. Read review.

Love, War and Ice Cream: Family Stories by M.Z. Fairtlough: When Harry, the son of a British army general, meets Marina, the daughter of ice-cream shop owners in Italy, two vastly different families come together for all time. The result is a tender, often funny memoir about two cultures that, despite their many differences, are rooted in the common ground of honor, duty integrity and love given freely and unselfishly. Read review.

People of Skies by Jeremy Wohlers: During a time of political unrest in Zimbabwe, a schemer devises a clever way to accumulate fuel to sell on the black market by “borrowing” corpses from his funeral parlour workplace and convincing fuel station employees to let him jump gas lines to expedite the body’s journey to its final resting place. But when a sinister government official gets wind of what’s happening, trouble ensues. Employing well-drawn characters and sparkling writing, Wohlers weaves copious subplots into a gem of a story. Read review.

The Meadowford Mysteries: Book One by Sheila Wright: Wright has cooked up a perfect pair of “cosy” mysteries with two stories, each set in rural Suffolk, England. In the first, a body discovered in a coal chute turns out to belong to man nearly everyone in town was glad to see perish. The other revolves around poisonous mushrooms slipped into the pastries at a beloved (or was she?) matriarch’s 90th birthday party. Mystery fans will love these traditional tales that evoke the likes of Agatha Christie and P.D. James. Read review.

Legend of the White Dragon: The Newborn by Albert James: When two women escape the tyrannical Emperor in the Temple of Solomon, they seek to return to Atlantis. But as a result of suspected intergalactic terrorism, they are wanted fugitives, with large bounties on their heads. As his characters fear for their lives, James delivers a sweeping adventure, complete with a shocking climax and breathtaking conclusion. Read review.

Dance Until the Music Stops: An Inspiring Guide to Extended Life by Esther C. Gropper: Providing a charming addition to a familiar genre of first-hand reports from the frontlines of old age, Gropper details life in an assisted living facility, introducing readers to her fellow residents while offering advice on how to live a happy and fulfilling life, even with infirmities and loss. The book will appeal to the elderly as well as those who care for them. Read review.

Follow Your Star: From Mining to Heart Transplants — A Surgeon’s Story by Terence English: English performed some of the earliest heart transplants in England. In this autobiography, he vividly conveys the thrill of giving terminal patients a new chance at life, as well as the angst of inter-hospital politics. His account of dramatic innovations in heart surgery will excite and inspire those interested in the topic. Read review.

Are You in a Pickle: Lessons Learned Along the Way: Students’ Performance and Achievement Gaps by Patricia Pickles, Ph.D: A former principal and superintendent suggests ways to close the student “achievement gap,” offering practical, engaging and student-centered ideas coupled with a call to action to create effective platforms for new legislation and development of future educational leaders. Read review.

FOOD/NUTRITION
Honest Nutrition by Ira Edwards: Taking the mystery out of a field riddled with controversy, hype, empty promises and mixed messages, Edwards offers frank insights about government policies regarding nutrition, the influence of drug companies over what we eat, and the way nutrition impacts disease, weight loss and aging. Better yet, he delivers it all with wit, intelligence and thought-provoking commentary. Read review.

BIOGRAPHY
Civil War Surgeon: Biography of James Langstaff Dunn, MD by Paul B. Kerr, MD: This compilation of 140 letters that surgeon James Langstaff wrote to his wife and family during the Civil War provides eyewitness testimony of the war and the early stages of modern medicine from a man who saw action at the battle of Gettysburg, named Clara Barton “The Angel of the Battlefield” and engaged in exhaustive efforts to help women and children during the burning of Columbia, South Carolina. Read review.

CHILDREN
Cristina Gradina: The Girl With Ten Busy Toes by Julie Griffin; illustrated by Don Sidle: With good-hearted silliness, Griffin tells the tale of Cristina Gradina, a girl who finds herself in a pickle one day at school when her toes go out of control, having fun throughout the classroom. (“They counted and drew/and they colored and painted / till they caused such a fuss / some students fainted.”) The slapstick adventure is complemented by Sidle’s vibrant illustrations filled with details kids will have fun spotting on every page. Read review.

Do You Know Where the Bus Driver Will Go? by Sandy Shaw; illustrated by Eumir Carlo Fernandez: Where does the bus driver go while all the children are at school? Does he take a rocket ship to the moon? Hop a time machine to visit
Abraham Lincoln? These are the questions young Alec asks, only to learn the rather plain truth from a friend whose father drives a school bus: they just go home and take a nap. With warm humor and bright illustrations, this picture book celebrates the boundless and optimistic imagination of children. Read review.