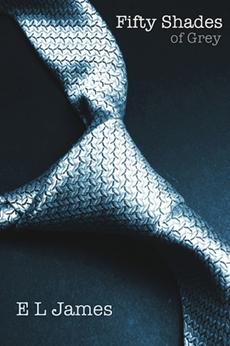 Pride and Prejudice and Zombies is a variation of fanfiction. And it went on to sell 1.5 million copies.

In today’s feature story Anna von Veh looks at the many ways in which the Fanfiction community is a lot like the tech startup community. Both, she notes, are changing the narrative of the publishing industry and challenging convention.

Depending on how you look at it, Colm Toibin might be considered a fanfiction author.

For a long time the fanfiction community labored on the fringes of the publishing world — and to many it still does. But the success of E.L. James’ sexed-up homage to the Stephenie Meyer’s Twilight series raises the question: is fanfiction finally gaining credibility?

The influence of Twilight on James’ books has been downplayed somewhat, but it is certainly in evidence, particularly in the rather clumsiness and naivete of Anastasia, a character who is as wooden as Meyer’s Bella. It’s not explicitly fanfiction, but it’s in the ballpark, much in the same way the surprise bestseller Pride and Prejudice and Zombies by Seth Grahaem-Smith, is a variation of fanfiction. And it went on to sell 1.5 million copies in print and digital.

Taking this a step further, you might say that critically acclaimed books like Karen Joy Fowler’s The Jane Austen Book Club or Colm Toibin’s The Master — both titles that pay homage the writing style of their subjects — are a version of fanfiction.

At the end of the day, it’s not so much a matter of whether or not fanfiction is gaining credibility. The fact is, fanfiction has always been with us in its own way. Some of it is good. Some of it is appalling. And some of it, apparently, taps into the unspoken desires of tens of millions of women around the world.