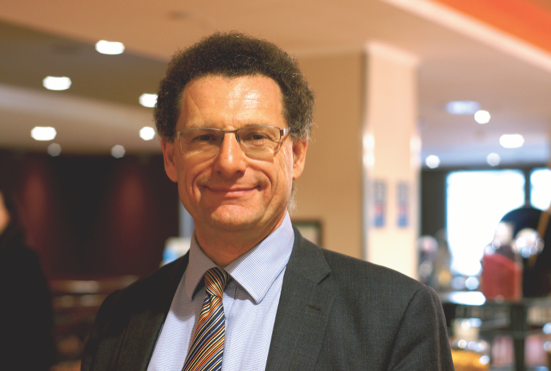 Surprisingly, owners of Microsoft-powered devices are the heaviest book buyers in the mobile space.

“Mobile is the most important ecosystem for everybody everywhere…and books are a pretty small part of it. That’s nuts. There is a very large and very important opportunity to bring books and book-buying engagement to this most personal platform,” said Andrew Bud of the Mobile Entertainment Forum (MEF) during the keynote speech at yesterday’s Tools of Change for Publishing conference. For the average person around the world, the screen on the mobile device is becoming “the first screen,” supplanting the television or laptop to second and third tier status. Unfortunately, the majority of people are not using them to read books: 59% use mobile devices for games, while just 17% use them to buy and read books.

“I’ve been perplexed by the relative lack of interest for books on mobile,” Bud told Publishing Perspectives. “Yes, it’s a harder sale, but as the traditional products that do well on mobile—ringtones, for examples—are fading, there is an opportunity for publishers to become a stronger part of this morphing market.”

This is especially true with the price of smartphones plunging to as little as $50. Currently, the smartphone is the top global device in use, accounting for 63% of phones, with feature phones at 37%, Android at 28%, and the iPhone at just 17%. Surprisingly, while Windows-powered devices account for a very small part of the mobile market, owners of Windows devices are the most active mobile book buyers—something that should come as good news to US bookseller Barnes & Noble, which has partnered with Microsoft to deliver content to their devices.

“I think this has something to do with the user interface,” Bud surmised, “or simply perhaps they attract a sophisticated user.” But, he added, publishers should not discount publishing for less sophisticated devices. “The Nokia Asha was introduced earlier this year and swept across emerging markets. It has sold hundreds of millions of units.”

In fact, the biggest opportunity for publishers is likely catering to these users. “Latin America has been a furnace of growth for mobile and people there are hungry for innovation,” said Bud, citing telecoms company Telefónica Digital as being on the leading edge in this market, particularly when it comes to books. “Latin America is one of the largest markets for paid for mobile content in the world. It’s a huge opportunity.”

DISCUSS: Are Phones a Gateway to Larger-format E-readers?