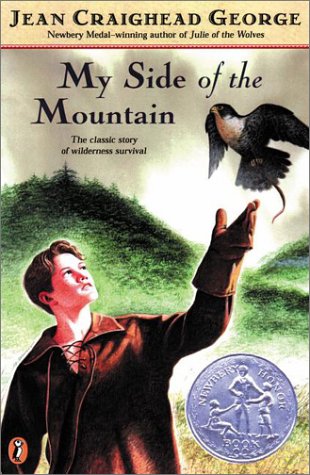 Books that hit us at a tender, impressionable age can stay with us forever. What are yours?

In today’s feature children’s story author and editor Steve Cole looks back on his lifelong passion for Dr. Who. He is so committed to the books and storyline that he ended up working as series editor for the novelizations. Now that’s a commitment. There are certain books from our childhood that all of us cherish long into adulthood. Books that hit us at a tender, impressionable age — perhaps they inspired us, perhaps they frightened us, perhaps they merely comforted us at time when the world was too much with us (to quote Wordsworth).

As for me, someone seemed to spend most of his YA years playing Dungeons & Dragons and reading a post-apocalypse pulp series called “The Survivalist,” I remember finally being coaxed into reading an entirely different kind of novel about a “survivor”: Jean Craighead George’s 1959 book My Side of the Mountain. The book tells the story of a New York City boy living in a treehouse in the middle of the Catskill Mountains while trying to wait out a blizzard with his pet falcon named Frightful. It touched me immensely at the time. The boy’s awe of nature, his reliance on his animal friends for survival, and the perils of acting on his desire for independence struck me in a way that few books have since.

At times of heightened vulnerability (and hormones) books can have an impact like no other.

So, share with us, what books from your childhood do you particularly cherish as an adult.