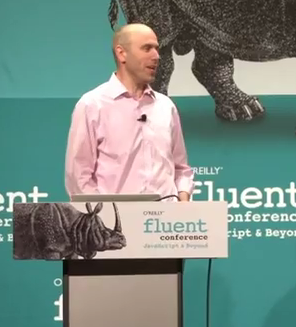 The answer to the question depends on your values. Walled gardens are “Republican,” more conservative; web deployment is more “Democratic.”

You might assume that because of the openness of the web, it’s “inevitable” that in the long run, the web will win. But nothing is inevitable. Walled gardens — or “ivory towers” — require constant updating, new code for every platform adjustment. The web offers the advantage of giving companies a more streamlined experience, allowing companies to roll out a platform to everyone at the same time, and providing a consistent experience. The downside is that the user experience online is still lacking in polish when compared to “native” apps. Will the web catch up? Possibly, but not inevitably.

Right now in publishing, so many people are obsessed with devices. Every new “tablet” computer is caressed, reviewed and lauded as the next big thing in “e-reading.” Yet, in its guts, it’s nothing more than a computer, albeit one that is just flat. It’s time to stop obsessing with the gadgets. They are just a distraction (though I will admit, a simple innovation like adding the “glowlight” to the Nook Touch can be really exciting). In the long term, the question of what wins — native apps and ivory towers or the open web — is far more important. It’s much the same as the debate between traditional publishing and self-publishing. Each has its own value system.

Only one thing is certain, what’s happening now is changing the way people read books. And it truly does have serious long term implications for the future.