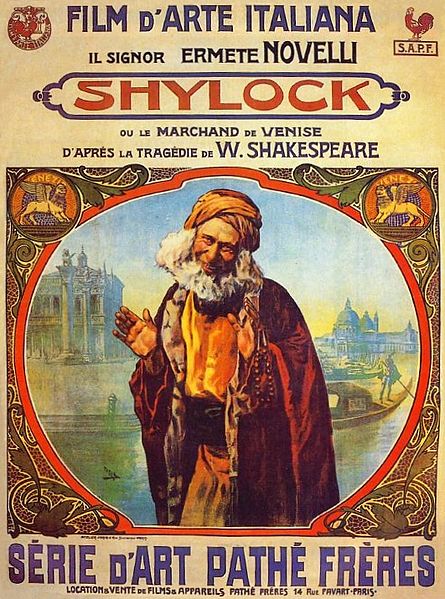 Join us as Publishing Perspectives‘ exploration of the complete plays of William Shakespeare, “The Play’s The Thing,” begins its reading of that most controversial of masterpieces, The Merchant of Venice. It’s one that most people think they know; the play about the Jewish moneylender Shylock and his demand for a pound of flesh.  But did you know that Shylock is merely a supporting character in the play, appearing in only five scenes and speaking a mere 360 lines and sentences?  That it is Antonio, the Christian who spits and curses at Shylock, the man who seems to be in love with his best friend Bassanio, who is in fact “The Merchant of Venice?”  That the play is classified as a comedy?

We’ll be taking a close look at the play itself and at the ways in which Shylock has been portrayed over the centuries, while examining from every angle possible the question overriding the entire play:  Is it, as Harold Bloom argues, “a profoundly anti-Semitic work,” or, is it the case, as Tony Tanner insists regarding the play’s supposed anti-Semitism, that “this really is, with the best will in the world, completely besides the point?”

It’s going to be a fascinating discussion.