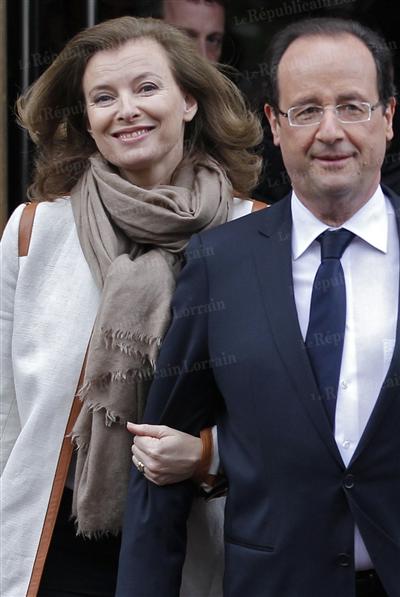 The quote, “Behind every great man…” is attributed to Napoleon Bonaparte. Outgoing French president Nicolas Sarkozy certainly owed much to his second wife, Cécilia, who had been chief of staff for his political party and served as his close advisor during his winning political campaign in 2007. France’s new president, François Hollande’s partner, Valérie Trierweiler, is a political journalist who has been credited with refining Hollande’s image during his campaign while tweeting unreservedly about national politics. Assuming the role of (unmarried) First Lady and remaining an objective political journalist doesn’t appear to phase Trierweiler: today French publisher Cherche Midi revealed that she will write the text for a 145-page book with photographs, François Hollande, Président, about her partner’s political campaign, to be published this coming June. François Hollande himself will write the preface to the book.