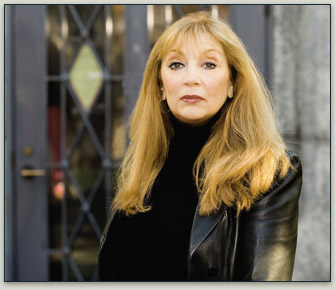 I hope that we can tone down some of the vitriol and the need to take sides in the e vs. print debate. Passions run high in the e-book versus print argument. Why? E-books are just a delivery system, like mass-market paperback versus hardcover versus trade paperback. Right?

Wrong. Electronic versus print is a much more emotional argument. But why?

Since ancient times there have been books of one sort or another. Whether written on papyrus, stone, clay, parchment or rag paper, books have been physical objects that changed amazingly little over the centuries.

Once could argue that what the reader experiences holding a book has not evolved much since man first took an instrument to stone in possibly 7,000 B.C.E. But for the sake of this argument lets use the 1st century A.D. as our start date. That’s when the Chinese invented paper and texts were created via wood blocks and bound together.

Since then, for the last 2,000 years, paper books have been the preferred delivery method. Until digital books started to show up in the 1990s, there simply hadn’t been anything broken with books and no reason to reinvent this particular wheel.

In fact I even remember being at BookExpo America in Chicago 2000 when an Amazon spokesperson threw a paper book across the aisle of a full auditorium to make the point that books didn’t break but er-eaders would and weren’t needed. “Long live the book!” he called out as publishers, booksellers and librarians cheered and clapped.

This object called the book has been objectified over time. Books not only offer information, stories, dreams and knowledge, they decorate our homes, our coffee tables and our shelves. Many people define themselves and are defined by the titles they have in their library or take out of the library or carry around with them.

Put into this context, the anger and vitriol and hysteria about the e-revolution becomes somewhat easier understand. Our object is being altered and changed so quickly we have almost no time to adjust.

In fact, when it comes to culture and education, it’s possible that there hasn’t been anything in our lifetime that’s changed as quickly or as drastically as books.

Where it’s not similar might be where the explanation lies.

For centuries there were only live musical performances. The first phonograph wasn’t invented till 1857. Then, for the next 32 years, people played music on a variety of cylinders until the industry adopted lateral cut disc records in 1889.

For the next 100 years those records, imperfect as they were, dominated. Discs scratched, broke and wore out. Compared to the bound book, there is no comparison. As a delivery system, records weren’t perfect but they were how people played music.

In the late 1970s, tape began to take over the music industry. 8-tracks and cassettes proliferated. These new forms were also flawed, but they were versatile which added to their popularity because in 1979 portable personal entertainment was launched with inventions such as the Sony Walkman.

In the 1980s yet another delivery system was introduced — CDs. Less flawed than tape, they dominated the market until the end of 20th century when digital downloads, first introduced in 1993, started to take off. By 2005 they had taken over.

So from its inception to a period approximately 153 years later, people adapted over and over and over to different methods by which to listen to recorded music. (Including since 1907, listening on the radio which hasn’t changed at all.) There was never just one delivery system. And all of them had flaws.

Since 1970, listeners have had more than 30 years and at least four steps to move from the 153-year-old analog system to a digital one.

But readers are being pushed to move from a 2,000-year-old paper system to a digital one in less than five years without any intermediary steps at all.

I hope we never become an all-digital society. I have books in every room of my house. At the same time my career got its start back in 1998 when I was the first ebook author to be discovered on line and picked up by traditional publishing. I read equally between electronic texts and paper. I will always want to buy a paper copy of my favorite author’s work and put it on my bookshelf. But at the same time I don’t buy mass-market paperbacks – or throw away books – anymore. For those, I’ve moved to digital.

What I do hope is that we can tone down some of the vitriol and the need to take sides and understand that we simply haven’t all have enough time to accept the shift from paper to an even 50% digital market.

Some of us are feeling a loss that doesn’t seem logical and can’t be explained rationally. I don’t think paper book lovers need fear. Traditional books have qualities – the same qualities that make us love them – that digital will never replace. Like tangibility, the collecting aspect, and the way you can look at a shelf and know someone by what she reads… etc.  So even if digital becomes the dominant form, and even though digitization is happening dizzyingly fast, paper will persist.

International bestseller, M.J. Rose (The Book of Lost Fragrances, Atria 2012) was the first author to self-publish an e-book and be discovered online in 1998 when the Doubleday Book Club and the Literary Book Club and then Simon & Schuster bought her novel Lip Service. Twelve traditionally published novels later, she still occasionally self-publishes. Rose also is the founder of the first marketing company for authors, AuthorBuzz.com, and one of the founding board members of ITW.

SURVEY: How Much of Your Book Consumption is Digital?