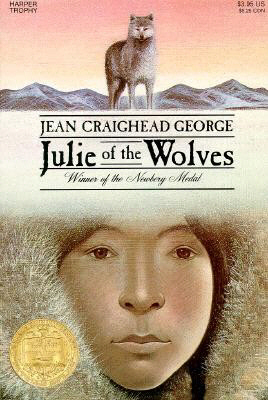 Random House, circa 2002, “Publishing, not litigating is our preferred activity.” It was a simple idea, and yet one that apparently nobody else in publishing had thought of — Gillis kept expecting other firms to start competing with Dzanc for e-book rights but for about two years [Dzanc’s co-founder Steven Gillis] had the field largely to himself: “Finally other publishers are getting involved. I see this as a sign that our idea was proven correct.”

Dzanc’s competition for rEprint includes Open Road Media, which has a similar model and many higher profile writers. But recently, HarperCollins sued Open Road following their announcement of plans to release a digital edition of Jean Craighead George’s Julie of the Wolves, with HarperCollins claiming its contract with George for the book includes the rights to exploit it “through computer, computer-stored, mechanical, or other electronic means now known or hereafter invented.”

Earlier this month, OpenRoad released a statement about the suit, claiming:

“It appears to us that HarperCollins is trying to intimidate authors, overturn established law and grab rights that were not in existence when the contracts were signed many years ago. We are confident that we will successfully defend authors’ rights and we look forward to filing our response in court.”

The issue will be, at the end of the day, settled in court. The lawyers will without a doubt look to the 2002 Rosetta Books case, in which Random House sued Rosetta for publishing eight of its titles as e-books. That case was settled out-of-court, with Random House saying at the time that “publishing, not litigating is our preferred activity.” (As it happens, one of the high profile authors Rosetta served, William Styron, is now published by Open Road.)

In 2010, agent Andrew Wylie also forced Random House into a negotiation after he announced plans to publish several of their authors’ backlist titles as e-books with Amazon. He eventually relented to granting Random House the rights, though the exact terms of the deal are not fully known.

While it appears that many publishers are quietly negotiating with companies to come to amenable solutions to publishing digital editions fo backlist titles, now that the stakes are higher — e-books have, finally, tipped — it’s likely publishers will be more willing to invest in litigation. What happens now will set serious, long term precedents for the future — especially if the cases more fully through the courts, producing binding judgements.

The age of the Big Six playing well with others, be they upstart e-book companies, conversion houses, or others, may be ending. Will it be war? Only if the the opposition — the upstarts and indies are willing and financially able to put up a fight.