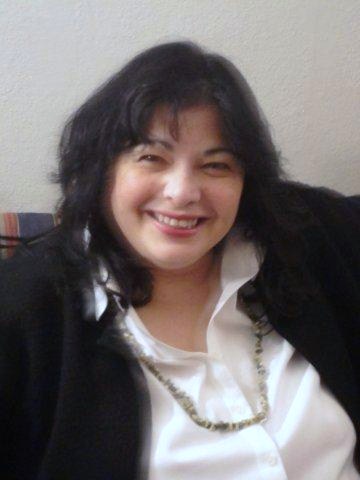 The international growth of Christian publishing is strongest in the global “south.” Have you ever tried to describe the landscape…when flying at an altitude of 30,000 feet? Rushing past plains, rivers, forests, mountains, highways, and cities, it is impossible to do justice to all you see. The details are lost from on high (except to God). Providing a survey of the 2011/2012 trends in Christian publishing and bookselling worldwide is rather like giving that rarified description.

ChristianTrade Association International is a worldwide association of nations, companies, and individuals committed to fulfilling the Great Commission in Matthew 28:16-20, Jesus’ command to “go and make disciples of all nations, baptizing…and teaching them.” Membership is open to all Christians, but the illustrations in this article reflect the experiences of our evangelical, Pentecostal, and charismatic constituency.

The United States is the largest market for Christian materials worldwide, supplying the majority of English-language product and books for translation. With continuing changes in book formats, delivery systems, supply chains, and more, the situation here has been likened to the “Wild, Wild West.” In 2012, CBA America staff expect to see continued emphasis on digitization and multi-format book development, including enhanced media and metadata, more development of e-book sales via direct-to-consumers and retail channels, more self-publishing; increased use of print-on-demand, and more Christian fiction.

In the United Kingdom, the Christian Booksellers Group of the Publishers Association, with Nielsen and others, published the first UK Christian Publishing and Retailing Yearbook. It outlines the tremendous consolidation in retail and distribution that have taken place in the past two years, adding that “for future editions of the Yearbook, it would be useful to look further at the impact of overseas publishers. The reporting of e-books and other forms of downloads needs to improve.”

In other English-speaking markets, e-book competition and economic realities are also taking their toll. For ChristianTrade New Zealand, NavPress’ Lawrence Allpress writes, “Overall performance in the industry is patchy. There is no consistent trend. A few shops have seen an increase in trade [this] Christmas season; others are struggling…It is likely we will see one or two more closures or takeovers in the next 12 months, [yet] enthusiasm…remains high. “

In The Next Christendom (Oxford University Press, 2002) and subsequent books, Philip Jenkins argues that the future of Christianity is in the global South — in South America, Africa, and Asia — as church growth and population changes mean that by 2050, “only about one-fifth of the world’s 3 billion Christians will be non-Hispanic Whites.” Jenkins adds, “If we want to visualize a ‘typical’ contemporary Christian, we should think of a woman living in a village in Nigeria or in a Brazilian favela.”

Certainly the market for Christian books in Brazil has grown. At last May’s ChristianTrade event, Marketsquare Brazil, Mark Carpenter, publisher of Mundo Cristao, shared that the evangelical population has doubled in ten years, from 26.2 million people in 2000, to 54.7 million in 2010, and continues to grow. Therefore, “many evangelical publishers are able to grow and maintain profitability selling exclusively to the evangelical market,” and publishers like Mundo Cristao, with a wider reach, are increasingly featured in mainstream media.

In Spanish-speaking Latin America, the growth is evident in trade shows. The Spanish Evangelical Publishers Association’s annual convention in Miami, Expolit, grew 13% this past year. Mexico’s Expocristiana, the largest exhibition of Spanish-language Christian resources outside the US, grew even more. In 2010 the event had 22,000 attendees; in 2011, per director Clementina Lopez Banderas, it grew to 32,000, with exhibitors from 20 countries.

While Amazon’s Kindle was recently released in Spain, in Latin America Ian Darke, coordinator of Letra Viva, a network for Spanish-language Christian publishers, expects that the growth of digital books in Latin America will be slowed by factors such as cost and accessibility. “Even when you buy a Kindle,” says Darke, “it is of no use unless you also have a personal computer or a bank account with an international credit card.”  Darke’s concern with cost is reflected in the comments from Christian suppliers and distributors in other parts of the global South.

CBA Nigeria president Modupe Ehirim writes, “It is difficult to talk about the trade in Nigeria. Economic indicators point to a decline. In 2012 we are likely to have a removal of a long-standing fuel subsidy which will further erode purchasing power both of the reading public and the booksellers. The security threats in the Northern part of the country also mean that we’re limited in expanding the trade in that region, even though the potential is there. On the other hand, the difficulties in recent times have led booksellers to seek to understand the needs of the market and run their businesses more professionally. The same difficulties are also driving the public to seek…books. [Piracy is a concern, but] the situation in Nigeria, if well managed, will lead to a slow but steady growth of the Christian trade.”

The economy has limited growth in many parts of the world. In Eastern Europe I spoke with a Romanian publisher who cut the number of translation rights he purchased this year by two-thirds. He is proceeding with caution in 2012. Hungarian and Ukrainian publishers also reported requesting fewer translation rights.

Similarly, at this year’s Korea Christian Rights Fair, “there was great interest in foreign titles,” says Kim Seungtae of Jeyoung Communications, who also serves as a ChristianTrade board member. But “some small and medium-sized publishers have given up high-cost translations in this gloomy publishing environment.” Meanwhile, digitization is a growing concern for Korean publishers.

At Marketsquare Asia, held in Singapore last September, statistics on the growth of the Church in Asia energized attendees. Billy Lantang, publishing manager of Immanuel Publishing House and Bookstore in Jakarta, and chairman of CBA Indonesia, shared that the second Indonesian Christian Retail Expo, held April 8-11, 2011, attracted 24,000 people (last year 15,000 people attended). The event was such a success that plans are already underway for the 2012 event.

In Hong Kong, the next CBA Book Expo is slated for February 2013. “For the first time,” says Alexander Y C Lee, general manager of Cross Communications Ltd. and a ChristianTrade board member, “we are going to have Christian books from Taiwan, inland China and Hong Kong exhibited at our book fair.”

Despite the challenges and differences in the landscapes of our industry in the global North and South, excitement for our shared vision of seeing “excellent Christian resources impact the lives of people everywhere” drives our members forward. I hope you’ve caught some of that excitement in this whirlwind tour of the world — and that you’ll join us!

DISCUSS: What Are Your Publishing Predictions for 2012?