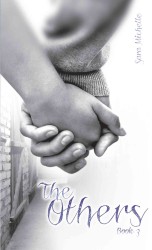 Since its founding in 1982, Saddleback Educational Publishing has supplied school and library markets with a wide range of books aimed at students in middle and high school with poor reading and/or learning skills. The last few years has seen Saddleback expanding its list significantly, with a new focus — starting in January — on books with content and covers aimed at YA readers, yet written at elementary-grade reading levels. Three of the new series are fiction, including My New Normal, a dystopian romance penned by 16 year-old author Sara Michelle, starring teens struggling for survival after the world they’ve known is destroyed; Juicy Central by Jada Jones and Shay Jackson which, through the story of five teens working in the Yearbook Club, examines the struggles of adolesence; and Gravel Road, by L.B. Tillit, which deals with struggles at home. The fourth new series is a collection of 21st Century Lifeskills Handbooks — workbooks for developing real-world skills skills such as looking for a job and managing one’s money.

These four new series should be a strong addition to Saddleback’s already well-established lineup of YA titles, including the publisher’s bestselling series to date, Urban Underground, six of whose titles were named by the ALA this year as YALSA Quick Picks for Reluctant Readers. Written by Anne Schraff, this two-year old series of urban teen fiction will add five new titles in January, for a total of 25 titles in print; the series as recently added audiobooks and teacher’s guides.

Saddleback’s fiction publishing program goes beyond contemporary and urban stories: Illustrated Classics, Timeless Shakespeare, and Graphic Shakespeare help bring the classics to life for struggling readers as well. “There are so many kids out there who can’t read the texts of the original classics,” noted Arianna McHugh, Saddleback’s president, who, along with her husband Tim McHugh, purchased the company from her family in 2009. “We want to give them the opportunity to understand the context of these classics, and hopefully they’ll graduate to the original.”

For McHugh, an important tool to keep struggling readers engaged is having virtually every one of Saddleback’s approximately 1,500 titles in print as part of a series. “The idea is that if a book does engage readers, we want them to be able to find another book that will interest them without having to search and search. We want them to have the chance to immediately pick up another book in the series that will also spark their interest.”

Unfortunately Saddleback finds one significant obstacle: the lack of recognition of “struggling readers” as a subject category in the trade. “Nowhere on the Amazon site can you click on ‘struggling readers,’ McHugh said. “The same goes with any major retailer. Even wholesalers aren’t sure how to categorize these materials, and often our books get ‘lost’ in the database. Another issue we have is with reviewers not understanding the way we publish, and perhaps stating in a negative way that a book has short, choppy sentences. We are constantly looking for ways to educate the trade in this increasingly important niche.”

That being said, for McHugh, reaching Saddleback’s core demographic — older struggling readers — is worth the effort. “Once a student is in middle school or high school, it is much harder to catch up than in elementary school. Our purpose is to provide them with books that they want to pick up and read by creating engaging covers and mature, age-appropriate content at accessible reading levels. Our hope is that when they see a book they can relate to, they’ll be able not only to read it, but to finish it. We believe that if they can do that, they will continue reading.”