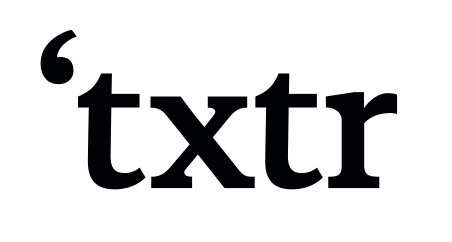 Berlin’s txtr has evolved from a stumbling e-reader startup into a global digital distributor with e-bookstores in 12 countries, 400,000 titles, and several blue chip partners. BERLIN: In 2009, Berlin-based startup txtr debuted a prototype e-reader — the first for a German company — at the Frankfurt Book Fair. But sometime in early 2010, however, that became an overly ambitious and much-delayed e-reader. On top of the difficulties of getting the device right, an incoming wave of competing e-readers from Asia “looked scary,” says Thomas Leliveld, txtr’s Chief Commercial Officer. It was clear there was “no money to be made” if txtr continued down the path it was on.

Developing hardware is an unforgiving process; you can’t sell an e-reader in beta. Software and services, on the other hand, can be improved incrementally, so txtr shifted its focus to distributing e-books, with device-makers (former competitors) as its main customers.

Basically, if you make an e-reading device, you probably want that device to have its own store. But if you put your resources into the difficult work of developing an e-reader, you may not be well-equipped to create such a platform. That’s where txtr steps in and provides a white-label store for your device. Now that “scary” wave of devices from Asia represents potential clients for txtr. The key word in txtr’s online bookstore strategy is local: local language, locally relevant content, local payment infrastructure, local management. It has e-book stores in operation in 12 countries, with more opening in the coming months. (txtr accesses experts in each country via a German organization.) txtr powers Acer’s Lumiread store, as well as Asus’s store, and Bol.com (the largest Dutch online bookstore), among others. In all, the company offers more than 400,000 titles available in Western languages; txtr offers 50,000 of those titles in German and has standing distribution agreements with publishers such as Random House and Holtzbrinck.

If you ask Leliveld about competition from certain behemoth online stores, he’ll enthusiastically point out that the market for e-books is expanding rapidly, everywhere, and will probably continue to do so for a long time. There’s room at the table, which is evident when you look at txtr’s recent successes.

An investment from 3M — making it txtr’s largest stakeholder — came as a surprise to many when it was announced in May of this year. The two parties had started talks in April of 2010, and discovered they had “clear similar interests.” In their first collaboration, txtr is providing the e-reading platform for 3M’s Cloud Library eBook Lending Service (but not the hardware, as has been rumored).

Watch a demonstration of 3M’s Cloud Library in action:
httpv://www.youtube.com/watch?v=3r-jdAiKvZg

Libraries are one very visible example of how txtr will serve 3M, but txtr’s services will find broader application where 3M is engaged in vertical markets (i.e. meeting the needs of a specialized industry, such as health or automotive manufacturing where a great deal of technical documentation must be managed and distributed).

A “chicken or the egg problem”

If developing e-readers is work “better done by others,” txtr’s ambitions for its services are less modest, namely to become “the world’s largest distribution network for e-books,” according to Leliveld. He acknowledges that developing a catalog of books along with with channels to sell them is a bit of a “chicken or the egg problem,” and to that end txtr is rapidly expanding its relationships with publishers.

It’s a relationship that “has to go hand-in-hand,” not one in which txtr is simply “a buyer of content passing it on.” What exactly does that relationship look like? Leliveld makes some interesting promises:

In general, publishers can expect their books to be “distributed on a highly mature platform that is being constantly improved.” Though there is some overlap between txtr’s stores, no two are the same, and it can connect a publisher’s marketing department with the management of one or more online stores to do specialized promotions.

Leliveld emphasizes that “there are other tools [in online book-selling] than just dropping the price;” different things work in different price classes, and gaining insight into buying and reading habits can help publishers make better decisions. As far as txtr’s reading apps go, they’re developed with a preference for simplicity and “non-intruding features.”

Publishers whose relationships with online booksellers have been dysfunctional in the past may have good reason to meet txtr’s claims with skepticism, but its emphasis on transparency and individualized, data-supported approaches deserves consideration.

As for this year’s Frankfurt Book Fair, Leliveld is interested in speaking with “publishers of any size who want to distribute their books through our platform.”

Looking back on the past two years, txtr has demonstrated extraordinary versatility, but for Leliveld txtr’s “most critical period is definitely ahead of it.” As a creator of white-label products, its profile is a low one, and it has a lot of work to do in building international recognition, particularly in English-language markets where it’s eager to expand. “We are under the radar for most people,” concedes Leliveld, but when people do start to hear about txtr “for some of our competitors it will be too late.”