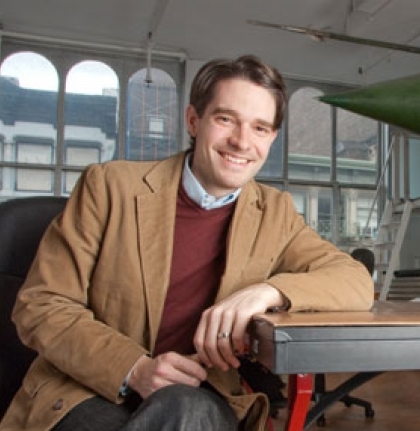 Literary agent Jason Allen Ashlock asks, “Can an agent act in an author’s best interests when they are also acting as their publisher?” His conclusion: “No.” Nearly two thousand years ago, Plutarch wrote of a great ship that bore Theseus home from Crete. As its planks decayed, the plucky Athenians preserved it by replacing each rotting board in turn, until eventually nothing was left of the original vessel. Was it then the same ship? Plutarch asked. Or was it something wholly new?

What began last winter with Scott Waxman’s Diversion Books and continued this spring with Ed Victor’s Bedford Square, has extended this summer to Dystel & Goderich, BookEnds, The Knight Agency, McDermid, Levine Greenberg, and Objective. Each of these agencies have announced distinct digital publishing arms that will publish their clients’ works, and in some cases non-agency writers as well. As this emergent Agent-Publisher construct grows into a mainstream strategy, it brings to the surface a set of concerns that deserves interrogation. Can an Agent effectively represent an Author’s best interests in such a dynamic? If you remove the central plank of an Agency and replace it with the central plank of a Publisher, is it still the same ship?

A Crisis of Professional Ethics

The duty of agents, and their special virtue in exigent times, is to think beyond the present, lead their clients wisely into new opportunities, and build the most well-equipped team to get them there. I want to believe this is the calling that leads agents to develop digital publishing arms for their clients: a call, as I suggested at Digital Book World earlier this year, to radical mediation.

Yet even if Agent-Publishers hold such noble intentions, there is one party with whom they cannot mediate on their clients’ behalf: themselves. An agent representing a client’s works to licensees cannot realistically maintain his or her unwavering allegiance to that client when the licensee is the Agency itself — however the “digital publishing arm” of the agency is described. This conflict is unavoidable, and has repercussions across the relationship, from an Agent’s signing of a client, to the preparation and pitch to publishers, to the decision to publish independently, to the terms established for profit and expenses, to the rights grant and term and beyond. Every instance of the relationship is brought into question if the agent’s primary position as author advocate is compromised. This concern is not adequately addressed by claiming good intentions. Nor by gesturing toward a trusting agent-author relationship. Nor by claiming we are in a time of experimentation. Certain principles do not evaporate in the face of innovation.

Any publishing professional with an appropriate knowledge base has the right to become an agent or publisher — one can even be both at the same time, as the brilliant Richard Curtis has proven for longer than I’ve been an adult. But one cannot be both at the same time for the same client. The self-dealing temptation, and danger to a writer that results, has long been understood by Hollywood, where agents have a fiduciary responsibility that is overseen by the state. The boundaries are clear — agents are disallowed from producing their own clients’ works; managers are disallowed from negotiating on behalf of their clients whose work they are producing. There are loopholes and creative manipulations, of course (and the entertainment attorneys on Wilshire may reap the most benefit from this structure), but the talent—the writers—benefit from a degree of protection.

But this is not California, the recent earthquake notwithstanding. Here, literary agents abide by no union regulations, are under no legal jurisdiction. But the case law exists in parallel industries, and we ignore it at our peril. (Why the AAR, the MWA, RWA and other professional organizations have not addressed the Agent-Publisher phenomenon publicly and boldly, I do not know.)

The self-evident ethical concerns may or may not at some future time lead to litigation between authors and their Agent-Publishers as it has led to innumerable collisions between agents and managers and artists in other industries. But we are actively creating an environment for such a storm. And by so doing, we agents, who have struggled to maintain a fragile sense of trust with writers, only deepen the chasm between our professional community and the artistic community we serve when we introduce more doubt into the relationship, and when we wave off real conflict of interest questions like they’re unsolicited queries.

A Crisis of Expertise

The Agent-Publisher initiatives we’ve seen represent a proactive move to avoid this, though perhaps an ironic one: if attempting to avoid disintermediation, it doesn’t seem wise to simply swap places with another threatened party. I would imagine many agencies who currently entertain the idea of publishing their clients’ work but have yet to take the leap are hesitating because they acknowledge the immense gap between the idea and its implementation, between the huge number of hours and any return on investment, between the promised land of John Locke’s millions and a single author’s first venture into non-traditional publishing. They hesitate with good reason.

But it seems a popular choice, despite the unavoidable reality: Agents are not Publishers. Though we Agents are forever complaining about publishers venturing outside their core competencies, we seem oddly confident that we can transition to digital publishers with ease.

Though some agents come to representation from publishing houses, without significant internal reorganization, few agencies could publish efficiently: workflow restraints, small staffs, capital concerns, and the modest revenues generated by most digital properties will prevent most Agent-Publishers from adequately managing and effectively publishing more than a few titles.

Furthermore, electronic sales data is available in real time and payments are made monthly from all of the publishing services companies, yet agents rarely possess the infrastructure to provide the backend support necessary to avoid a massive data bottleneck.

There will be successes, of course. Scott Waxman hit the New York Times bestseller list this summer with football coach Mike Leach’s Swing Your Sword, published by Waxman’s Diversion Books. But such successes will be rare: Waxman is as aberrant in his context as Amanda Hocking is in hers. Agents are not exempt from delusional thinking, though, and such successes will draw more agents to the bandwagon just as every Hocking, Locke and Konrath draws more writers to Kindle Direct Publishing (KDP). My Amazon contact says KDP is now working with more than 60 agencies, all of which are dabbling to some degree in Agent-Publishing. But many agents will acknowledge these concerns and restrain the impulse to become Agent-Publishers — but what then? They face the growing possibility that their clients will simply publish without them. There is a better solution for them, and for us all.

Perhaps the greatest flaw in the Agent-Publisher construct is one of imagination — as the Tragedy of the Commons always is. Needless imprints, muddied brands, mediocre design, ad hoc title management, author mistrust, Big Publishing distrust — these possible by-products of pro-am Agent-Publishing contribute to the very problems that threaten the sustainability of agenting and authoring. By further fragmenting ourselves into our private ghettos, we do little for our authors and nothing for the industry or its customers. We agents would serve better by finding creative ways to enhance author brands and exploit author rights without sacrificing the load-bearing planks in our ship.

Agents can avoid many of the pitfalls of the Agent-Publisher construct by entering their clients into licensing agreements with new independent electronic distributors who offer the highest level of digital expertise, distribution capacity and marketing relationships — and offer these only to agents. Such relationships preserve the curatorial function of agents, a significant expertise that agents have honed over many years, that is currently handicapped by shrinking publisher catalogs. Agents negotiate directly with these imprints as they would with a traditional publisher, and by so doing obtain far better royalties for clients, retain far more control over rights, and most importantly, retains a role as uncompromised representative of the Author.

Further, these relationships with third party imprints compensate for the lack of publishing infrastructure within most agencies, as well as the digital education gap and the backend support, as conversion, design, upload, distribution across platforms, updates, marketing, and data and royalty accounting — all are handled by the imprint. The Agent maintains his role as relational supervisor — much as he can and should do with traditional print deals. By leveraging B2B skills, Agents can arrange partnerships and cooperative models on behalf of their large client list, thus providing access and opportunities for digital development that an Author could not develop on his own.

This field is expanding, and at just the right time. It’s not just about Kindle Digital Publishing anymore, or any of the multitude of bare-bones conversion and upload companies. MintRight announced its impressive platform earlier this month on this site. Perseus Books now offers Constellation. My company, Movable Type Literary Group, has a slate of backlist and original content in production with Inscribe Digital, a turn-key publishing solutions venture overseen by an impressive mix of passionate, experienced booksellers and successful digital entrepreneurs, with a powerful platform and flexible terms. And later this fall, be watching for a significant new offering from Vook that will change the enhanced e-book scene for the better, and for good.

In some cases, the release of our backlist titles with Inscribe will build up to the release of a new frontlist title. In others, the digital property will follow after the new title launch, containing additional material of interest to a reader. In every case, the digital property connects to print title purchase points. But in every case, our Inscribe launch strategy works in partnership with the author’s print publisher, emphasizing mutuality, reciprocity, and integration.

There are core agenting philosophies, formed over decades of quality service and client support, that do not evaporate in the face of innovation. As we rush frantically toward some dazzling digital future, we cannot jettison some of the basic frameworks that were constructed to protect authors, their agents, their publishers, and the common good.

In the digital space, all things seem possible — and sometimes they are. But not all things are beneficial. Or wise. Perhaps an agent’s task at this moment isn’t so complex: we are here to manage the possible, both for our clients and for ourselves.

DISCUSS: Will the Threat of Disintermediation Push Agents to Advocate Traditional Publishing?

Addendum 9/10: Removed Andrea Brown from list of agencies with intent to publish their author’s works.