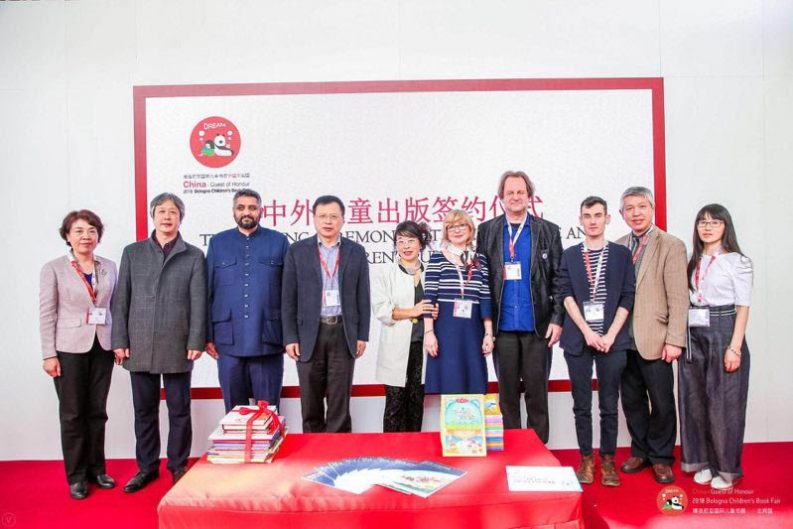 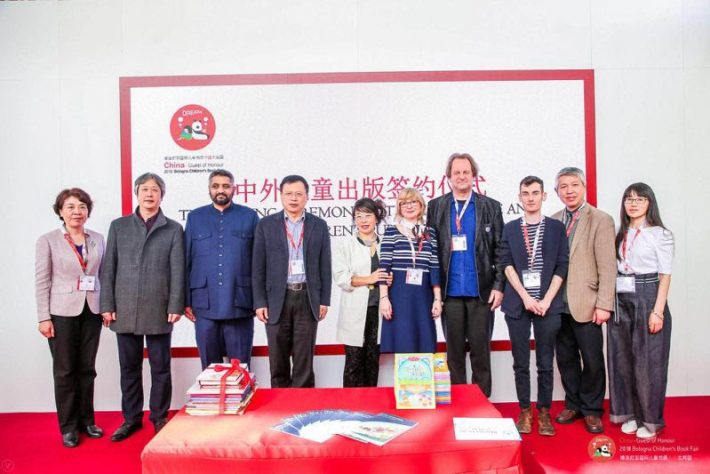 Representatives of Shangdong Education Press, Biennial of Illustrations Bratislava and others at the 2018 Bologna Book Fair

This is a new step in the efforts of Shandong Education Press to be actively involved in the transformation of the domestic book market with an orientation toward high-end children’s books and in copyright cooperation with overseas publishers to introduce those books in China.

The Biennial of Illustrations Bratislava (BIB), one of the most prestigious awards for original illustrations of children’s books in the world, has successfully held 26 sessions since 1967. It operates under the guidance and support of UNESCO and IBBY. Its winners represent the top level in international children’s book illustration.

Shandong Education Press has been officially authorized by the BIB International Committee to become the first Chinese publisher to translate and introduce its award-winning books in China. The 16-book BIB Award-Winning Series features the works of the winners of the BIB’s Grand Prix, the BIB Golden Apple, and the BIB Plaque awards. The books feature the world’s top-notch illustrators, and provide artistic and aesthetic nourishment for readers.

Ms. Zuzana Jarošová, Chair of BIB International Executive Committee, and Mr. Fang Weiping, renowned Chinese expert on children’s literature, are the consultants of the series, and Mr. Liu Haiqi, a well-known publisher, is the editor-in-chief. The publication of BIB picture books has helped to build a bridge between illustrators in China and the rest of the world, and it has revealed the diverse artistic features of BIB picture books to the world. It is important to open the eyes of Chinese readers and to promote the development of original Chinese picture books at home and abroad.

Different Math Stories is a series of six original, creative, and exploratory popular science books. Through funny and fantastic stories in a wild card classroom led by a mysterious teacher with magical powers, the books combine education with entertainment. The series has sold a cumulative 70 million copies and was included in China’s 30 Best Books of 2015 by the China Publishers Association. A Korean translation is also available.

Shandong Education Press has endeavored to develop more content based on their IP. The animated film version of Different Math Stories is being broadcast on the iQIYI education channel in China. The successful licensing of the Nepali language version to Nepal’s Current Publications Pvt. Ltd. is just one of the many international projects that Shandong Education Press has undertaken as part of China’s Belt and Road initiative.

In recent years, Shandong Education Press has adhered to the goal of pursuing specialized, personalized, market-oriented, and internationalized books in an effort to transform its market from educational theory books, textbooks, and tutorials to original children’s literature and high-end picture books. In the next step, Shandong Education Press will make further efforts to ensure the successful publication of its book series, to sign more contracts with BIB award winners, and to further hold BIB exhibitions. The Press will also invite professional storytellers to promote BIB picture books at schools by interpreting their meanings and artistic value for picture book lovers of world-class illustrations.