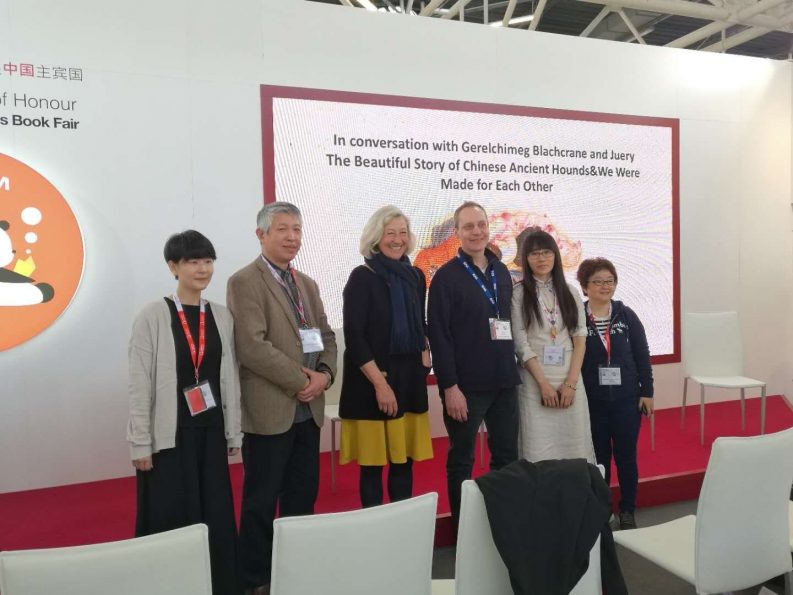 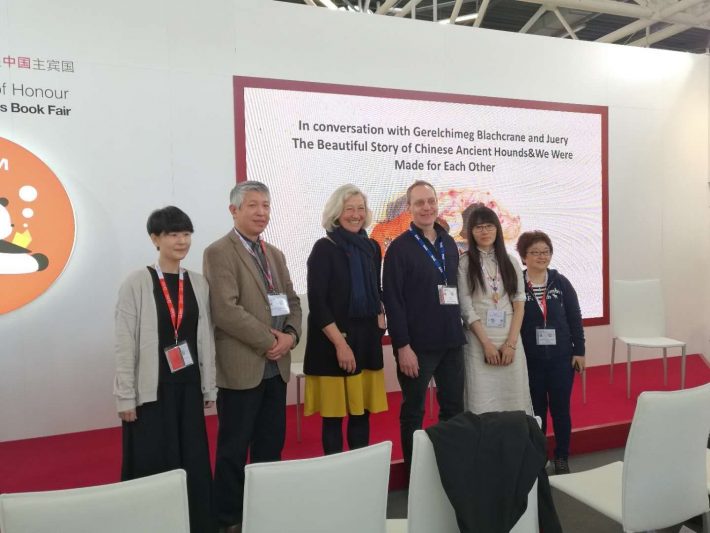 Chinese publisher Dandelion Children’s Book House has exhibited in Bologna for the last 12 years, and this year, with China as Guest of Honor at the fair, the publisher had an even bigger stage on which to introduce it’s original Chinese children’s books to international publishers.

China’s children’s book market has seen significant improvement and growth in the last decade, and the country’s publishers have imported many classic titles from abroad. In the next ten years, publishers like Dandelion Children’s Book House will focus on bringing in more foreign cooperation and exporting more Chinese content.

On the morning of March 27, 2018, Dandelion Children’s Book House held an event at the Chinese Guest of Honor stand to present one of its key titles to international publishers in Bologna, Twelve Puppies by Chinese author Gerelchimeg Blackcrane and illustrated by Jiu Er.

The publisher also celebrated the French and English release of We Were Made for Each Other, written and illustrated by Jiu Er.

During the event, author Blackcrane and illustrator Jiu Er each shared their production process from the respective angles of writing and illustrating.

Blackcrane grew up in Inner Mongolia and his writing often features animals from that region, dogs in particular. He spoke about his experiences with a breed of Mongolian dogs called Bankhar dogs since childhood. Blackcrane said when he chose to write about this specific breed of ancient dogs, his original intention was to document the disappearing hunting culture in China. He also hoped that, through words, more people could be aware about the existence of this rare dog breed. 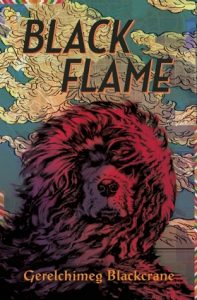 Blackcrane is known internationally for his 2013 book, Black Flame, about a Tibetan Mastiff. The book was translated into English by Anna Holmwood and published by Groundwood Books in Canada. In Germany, the book was published as Kelsang by Jacoby & Stuart and translated by Nicola Stuart.

Illustrator Jiu Er said this is her first picture book on the topic of dogs. She was moved by the story the first time she read it. The simple and heartwarming storylines are filled with passion, she said. She has always believed “life” is an everlasting theme that picture books need to convey. This is the very reason why picture books can cross borders and be understood by readers in the whole world, she said.

Through the author, Jiu Er began to understand the main character of the book—a Bankhar dog. She was touched, she said, by the Bankhar’s beautiful figure, its swift pace, and its loyalty to its owner. She wanted to capture the true beauty of this dog with her illustrations in hopes of leading more people to understand Bankhar dogs.

However, during the creation process, even using a large number of pictures as references, she still felt like she didn’t understand this dog well enough. She was unfamiliar with dog movements and body structures. She needed a real dog. So Blackcrane gave her a puppy, Hu-He, as a gift. The puppy, Hu-He, was only three months old when Jiu Er first started to raise her. Hu-He is now two years and three months old. The relationship between them is like a mother and a daughter. Jiu Er considers watching Hu-He sprinting towards her as the most blissful moment every day. She was very thankful for Hu-He’s contribution for this book.

At the event, Dandelion Children’s Book House also briefly presented some of their more recent publications including as Granny Xu and Peach Blossom Fish, Big Feet Girl, There’s Always a Reason to Eat Buns, and others.