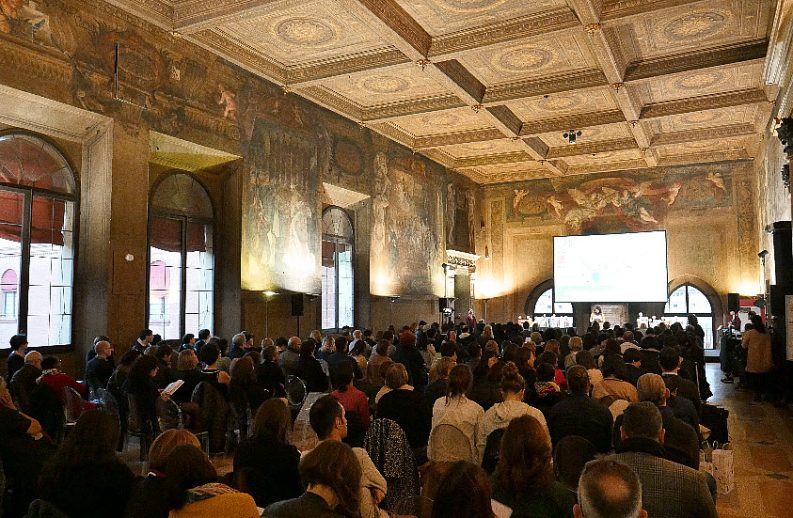 Named in six parts of the world, Bologna’s sixth annual cohort of ‘Best Children’s Publishers of the Year’ is announced on the first evening of the book fair. 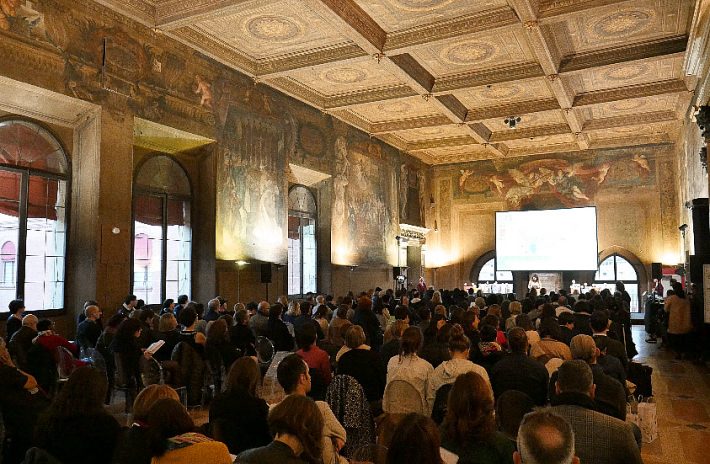 At the Palazzo d’Accursio, the Sala Farnese on March 26 hosts the 2018 prize ceremony of the Bologna International Children’s Book Fair. Image: BolognaFiere

Perhaps at the top of the list are the Best Children’s Publishers of the Year—publishers, plural, because one is given for each of six parts of the world.

The prize, organized  by the Bologna fair in partnership with Association of Italian Publishers (Associazione Italiana Editori, AIE), awards “those publishers who have most distinguished themselves for their creative and publishing excellence over the last year, showing originality as well as professional and intellectual skills.”

Not least in the prize organizers’ intentions is the goal of “fostering a mutual exchange of knowledge and ideas among different nations and areas of the world.” In other words, an interest here is not only in praising good work but in getting these colleagues to talk with each other about it and spread the smarts.

It’s interesting, too, that the criteria with which the jurors are working are said by organizers to include courage as well as creativity and editorial choices. 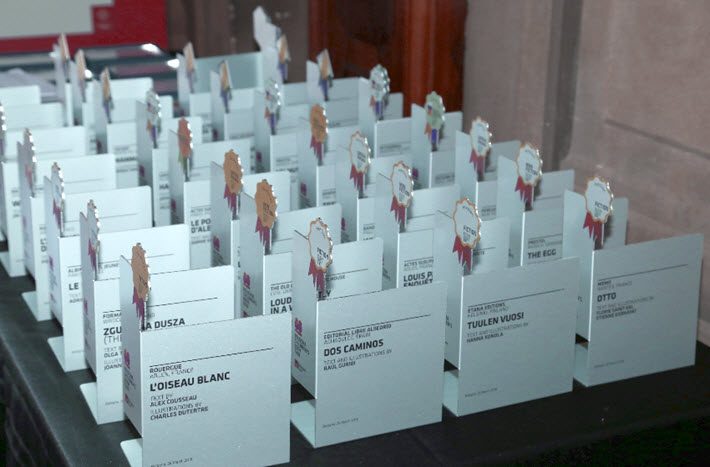 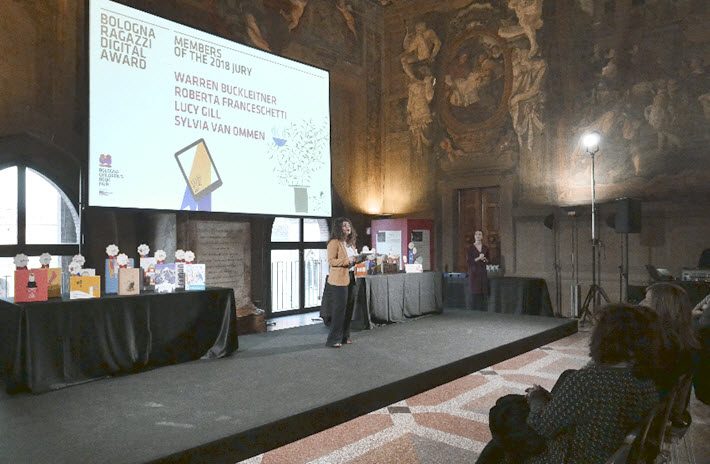 At the Palazzo d’Accursio in Bologna . Image: BolognaFiere