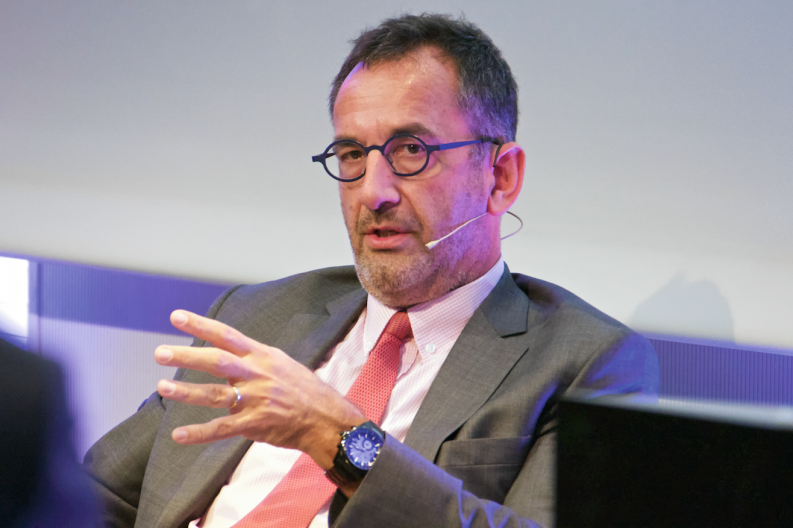 Hachette’s famous ebook pricing dispute with Amazon may be over but its shadow stretched over the Frankfurt Book Fair’s CEO panel. “When you lose control over your price point you are on the way to death,” said Hachette Livre Chairman and CEO Arnaud Nourry when asked if he was worried about perceptions of the value of books created by Amazon’s drive to discount.

“We have to be very careful and never think it is behind us,” he said. “We are still concerned and I am glad that there is a consensus among major publishers that we should keep control.”

He had other concerns too, notably with the European Commission and its moves on copyright.

“They have this naïve desire for a uniform digital market, and as a citizen I think it’s a good idea. But how can they go from that to saying ‘let’s change the copyright laws’? I don’t understand that. My guess is that this is another round in the battle between US companies and Europe, between those who are not selling content, but driving audience. Google are even more aggressive in not charging anything for content.”

After the drive to consolidation of the last two years, Nourry predicts a quieter period, although he added that Hachette was certainly keen on medium-sized acquisitions. He even listed some areas that interested him: more education in the UK, more commercial fiction in France, more trade fiction in Spain, for example.

He is fond of talking about “the long view” and predicted that in three-to-five years Hachette will be strong in Brazil and in ten years’ time it will have a sizeable operation in China (where it began a joint venture with Phoenix five years ago). He also believes there is potential in the Arab market (where Hachette has made starts in Morocco and Lebanon), saying that in ten or 20 years “it will be a very significant market.”

He predicts a “bright future” for bookshops too, noting that it was “the buyers at Walmart who were worried at BEA, because they’re the guys getting hit by online.” But he added a note of caution: “They have to be modern, though, and adapt. I think this is something that doesn’t always happen in France.”

He is not worried about the growth of self-publishing but recognised, citing EL James, that publishers sometimes got it wrong.

“But look what happened: she then went with a traditional publisher and sold many more copies.”