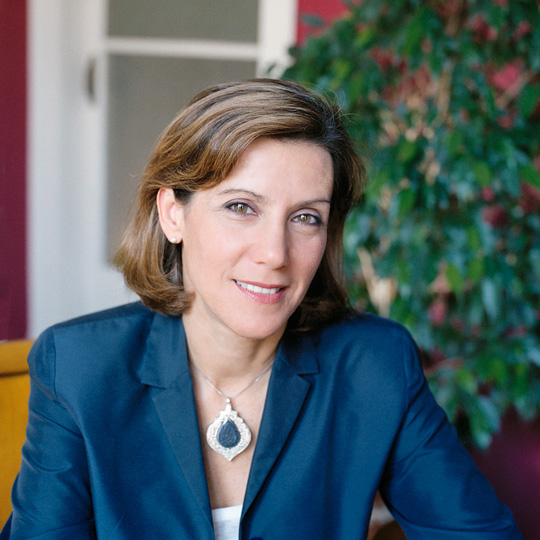 A recent day-long event in New York highlighted the travails Spanish-language publishers have finding traction for translations in the US market.

This past March, U.S. book publishers and editors came together with Spanish publishing professionals for a one-day conference at the King Juan Carlos I Center at NYU. The conference, organized by SPAIN arts & culture—the Spanish Embassy-backed organization promoting all things Spanish culture related in the U.S.—was aimed at generating a frank transatlantic dialogue about the publication of Spanish authors in the U.S., the current state of publishing markets on both sides of the Atlantic, and the opportunities for institutional support in facilitating these translation projects. The panels were expertly curated by none other than Valerie Miles, founding editor of Granta en español and recent translator of Milena Busquets’ novel This Too Shall Pass, an international hit at last year’s Frankfurt Festival. An opening presentation by Paz Gaspar, former Managing Director of Planeta’s Cultural Division, set the stage for the day’s discussions surrounding market potential for Spanish-language authors in the United States. According to statistics from the Cervantes Institute, Spanish is currently spoken by nearly 500 million people worldwide. The U.S. is the country with the fourth highest number of Spanish speakers. In about three or four generations, 10% of the global population will communicate in Spanish at which point the U.S. will be the country with the highest number of Spanish speakers worldwide.

Turning specifically to the recent state of affairs in the publishing industry in Spain: according to statistics cited by Gaspar, the number of new titles published in 2013 reflected a 14.9% decrease from the previous year. Medium and large publishing companies saw the largest drop in sales, with a 21.3% loss from 2011 to 2012, and a 17.8% loss from 2012 to 2013. The average print run for books published in 2013 was 3,223 copies. At around the same time, the number of Spanish-language books published in Spain decreased, while the number of English language books translated into Spanish increased. Translations of foreign languages into Spanish (mainly from English) represent about a quarter of all books published in Spain. At present, the Spanish publishing market has seen a 30-40% drop in sales since 2013 with digital sales accounting for only about 2% of industry sales in Spain. Big business interest has contributed largely to the Spanish publishing industry’s recent struggles. According to Valerie Miles, large telecommunications companies such as Telefonica, interested in making as much downloadable material available as possible for their customers, have used their lobbyists to make it nearly impossible to pass anti-piracy legislation in Spain. Thus, as physical book sales have dropped, ebook sales have not made up the difference—as has been the case in most other countries. These anti-piracy battles coupled with the recent economic crisis have crippled the Spanish publishing industry.

As for the current state of affairs for Spanish language authors translated into English and published in the U.S., Chad Post of Open Letter provided some interesting statistics: Since 2008, the number of translations of Spanish fiction and poetry titles appearing in English for the first time has increased from a low of 48 books in 2008 to a high of 71 titles in 2013. Excluding data from 2015 (which is incomplete), there is an average of 44 works of fiction published each year, and 14 works of poetry for a total of 58 new titles every year. Over the past seven years, commercial presses have accounted for 14.55% of all Spanish translations, whereas independent and university presses make up 85.45% — approximately the same percentage you find when you look at translation publication as a whole. Though Spanish has been the second most translated language for five of the past seven years, French titles have consistently outnumbered Spanish titles in translation with Spanish making up between 11.9% and 16.9% of all translations published and French comprising between 14.96% and 17.8%. The majority of these Spanish language titles are coming from Spain and Argentina.

On Successfully Publishing Spanish Literary Fiction in the U.S.

Jonathan Galassi, President and Publisher of Farrar Straus & Giroux, and Barbara Epler, President and Publisher of New Directions provided a closer look at the realities of publishing Spanish literary fiction in translation. Both emphasized the importance of literature in translation and Spanish-language authors, in particular, to their respective catalogues. Galassi suggested perhaps Spanish-language authors are the least daunting to publish because of the United States’ strong cultural and literary affinity to these writers ever since the Boom era. Both Epler and Galassi were fairly optimistic about the future of literature in translation in the U.S. as a whole — New Directions is currently experiencing some of its best years in terms of sales figures. “Standard issue male American fiction is tired out,” said Galassi, who suggested perhaps the appeal of a writer like Karl Ove Knausgaard is that he’s “a man talking about his emotions.”

As editors constantly in search of new voices but in languages that they themselves perhaps do not know, both Galassi and Epler were upfront about their reliance on other people’s recommendations. Indeed the importance of person to person recommendations in ensuring a book’s publication in the U.S. was mentioned a number of times over the course of the day, making glaringly obvious the precariousness of publishing literature in translation.

This became a trope for the rest of the day, echoed at an afternoon panel by editors of literary magazines such as The New Yorker and The Paris Review. In spite of their professed interest in Spanish language titles, few of these magazines and publishing houses make a point of actually employing individuals who are literate in any other language besides English. This provoked quite a bit of ire in Spanish-speaking members of the audience, which included Guillermo Corral, Cultural Counselor of the Spanish Embassy, and Javier Molea, who organizes a robust series of Spanish language programming and bookselling at McNally Jackson Bookstore in Manhattan’s Soho.

Corral was shocked that for a country where Spanish is such a dominant language, more of an effort isn’t made by the nation’s leading publications to engage that audience. Molea expressed irritation at the limited knowledge and condescending attitude of American editors when discussing Spanish language literature, an attitude made apparent, he said, by their inability to name more than four or five writers’ names over the course of the day.

While the debate about efforts (or lack thereof) to introduce Spanish-language writers into English seemed to reach an impasse, the conference panel on Foreign Rights and selling U.S. titles into Spanish-speaking territories in particular, was far more optimistic. The panelists — which included Amy Hundley of Grove Atlantic, Elizabeth Kerr of W.W. Norton, Chad Post of Open Letter, and Anna Soler-Pont of Spanish Pontas Literary and Film Agency — had nothing but positive things to say about the strengthening of publishing industries throughout Latin America and what this will mean for selling Spanish rights abroad.

As for the flow of literature coming the other way, it remains unclear whether U.S. publishers intend to make the Spanish-language market—at home and abroad—a priority anytime soon, but we can only hope that more conversations on the topic might at least speed up the process.