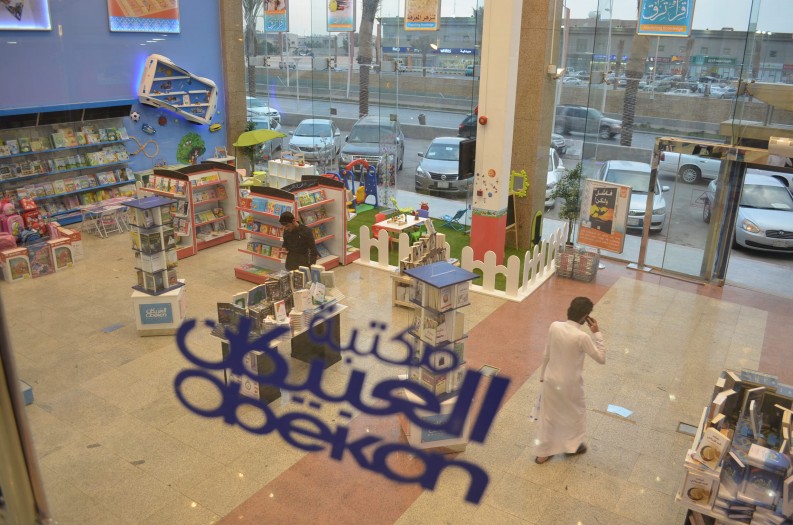 Saudi Arabia’s Obeikan is a leader in education publishing, with nearly 3,000 titles, a print operation, as well as 20 bookstores across the country.

RIYADH: Saudi Arabia’s Obeikan is a fascinating operation since it is a publisher, a bookseller and a printer. Founded in 1981 as a printer by Dr Sheikh Fahad Obeikan, and still run as a family business by the Sheikh and three of his brothers who each look after an aspect of the company, over the years it expanded into publishing and retailing, opening its first bookshop in 1991. It now has 20 stores across the country offering a much wider range of titles than some might expect.

“You will find Saudi Arabia much more open than many in the west think,” said the smiling, affable General Manager Mohamed Al-Batati. “It is important for people to come here and see things on the ground. We have more than one million highly educated Saudi students here who have studied abroad. That is leading to change – change does take time, but in fact, for more than 30 years there have been a lot of changes here.” In 2006 the company founded Obeikan Education, which is both an educational and general publishing house that incorporates Obeikan Publishing that was established in 1996. To date, Obeikan Education has published nearly 3,000 titles, including the Arab world bestseller Don’t be Sad by Dr Ayed Alqarni, a “life guide” that has sold around six million copies and been translated into 30 languages. Obeikan Education has nearly 1,500 authors in its stable. Some 570 are Arab authors and the others are from a wide range of countries, including the USA, UK, Germany and Spain.

Obeikan is embracing change and new ideas with gusto, whether it be innovations like a children’s play area inside its shop in Al Quds in the east of the city – complete with a little slide and cool sports car magically driving across the wall – or incorporating smart pages in some of its new books activated via mobile. It has also recently signed a memorandum of understanding with Ingram for the US giant to take 1,000 of its titles in either e-format or POD, and there are discussions underway with Amazon, Google and information services company EBSCO to carry its titles. Riyadh estate: one of Obeikan’s 20 stores in the Kingdom of Saudi Arabia

Its own digital platform – Obeikan Digital Library – was established last year and is currently in beta, with some 6,000 Arabic ebooks from Obeikan and other publishers due to go live in the coming months.

The bookshop has a large English-as-a-second-language section and Obeikan has a long-standing joint venture with Cambridge University Press with which it co-publishes a number of titles. This one branch sells 3,000 to 4,000 copies every year of both OUP’s Oxford Wordpower and the Oxford Picture Dictionary, and there were also lots of English and European classics on sale – Mill on the Floss, A Passage to India, Madame Bovary. English language titles about Steve Jobs are popular, with Bloomsbury’s Steve Jobs: The Man Who Thought Different by Karen Blumenthal selling well.

The agent system doesn’t operate in KSA (Kingdom of Saudi Arabia) – or elsewhere in the Gulf – and Obeikan finds its authors via an online platform on which prospective clients upload their work. “We have a publishing committee who read the work,” said Publishing Manager Mohammed Alfriah, “and if we like the book and decide to publish, we cover the editorial costs and things like the cover etc. After a year we pay a royalty, usually from 10 to 20% of the selling price, and 25% for ebooks.”

There is no fixed price system in the Kingdom, and most books from Arab publishers do not have a printed price. However, discounting tends to be only via a loyalty card.

Al-Batati’s background is in engineering and computing. He spent 30 years with IBM and Hewlett Packard in the Kingdom, which he says is invaluable experience for managing a team of 350 and implementing the systems to take Obeikan into the future. It must also be said too that the Obeikan welcome was particularly warm.