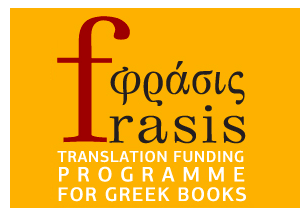 In the second of a two-part investigation, literary agent Evangelia Avloniti considers the economic reasons why so little Greek literature is translated. Read part one.

Lack of Governmental Funding and Support

Karen Emmerich, US award-winning translator from the Greek, maintains that one important reason to consider is “the lack of investment in translation both in terms of funding and in terms of general publicity and encouragement, on the part of the Greek government and non-governmental cultural organizations.” With the recent savage closure of the National Book Centre of Greece and the temporary cutting of its translation funding program, Frasis, things look bleaker than ever on that front. Currently Greece lacks a designated institution for the implementation of a national policy for the promotion of books locally and internationally, and the necessary funds to give other countries a financial incentive to discover and invest in Greek literature.

But does funding actually help?

As the case of Makis Tsitas’ masterful literary novel, God is My Witness, has shown very recently, funding — in this case from the EU thanks to the EU Prize for Literature — can be instrumental in achieving rights sales in small European markets and can help pave the way for success in bigger ones. So far the book, has been sold in 8 countries including, Hungary and Poland, which in turn has helped generate interest in bigger markets like the UK and Germany. Funding, however, does not necessarily help make a difference in markets that are small and in recession. As Joana Neves, Foreign Rights Manager at Grupo Bertrand Círculo (Porto Editora Grupo), notes: “Portuguese publishers are very heavily focused on potential best-sellers with proven international track record. If there were a Greek Fifty Shades of Grey or a Greek Stoner, I’m sure Portuguese publishers would be after it as well! But, as is, I’d say it’s just a question of lack of interest derived from lack of funds derived from working in a small market in a recession. ”

In bigger markets like the US, where there is more room for financial risk, more inspired editors and publishers have started publishing high-quality Greek literature in recent years. Not surprisingly, they are, almost in their entirety, non-profit presses.

Emmerich says: “I’ve been very lucky to work with some amazing publishers who prioritize publishing good literature over profit. In fact, most of the presses I work with are not-for-profit presses, so they are willing to go out on a limb with foreign literature of all kinds, and from a range of languages and places. Jill Schoolman at Archipelago Books, for instance, has become a guiding force in the field of translated literature in the U.S. in recent years.” For Jill Schoolman, it all boiled down to simply finding the right Greek author: “In 2006 when Karen Emmerich sent us a few Miltos Sachtouris poems, I was stunned. I fell in love and we decided to publish a collection right away. I had a similar gut response to Christos Ikonomou’s moving stories.”

Sadly, not many, in the words of Karen Emmerich, “pick projects according to the quality of the piece and not its potential popularity.”

Taking matters in their own hands

Aris Laskaratos, publisher at Aiora Press, disappointed with Greek literature’s grim fate abroad, launched a few years ago Aiora’s Modern Greek Classics, a series featuring works by outstanding 19th and 20th century Greek writers in English, Italian, German, French and Russian. “We realised there were many potential readers for such books, and within easy reach: the millions of tourists visiting Greece annually. So, unconventional as it may be, we now also publish foreign language titles and distribute them in our own country whilst simultaneously exploring the obvious potential for international partnerships,” he says.

There were expected hits like C.P. Cavafy’s, Selected Poems, translated in English by David Connolly and a pleasant surprise with the German edition of Thanos Vlekas, a 19th-century novel by Pavlos Kalligas, which has already been reviewed in the German Press and radio.

Hopefully, Laskaratos’ idea will gradually find the support it needs to flourish inside and outside of Greece. In the meantime if there’s any conclusion to be drawn from all this is that in an oversaturated market full of very good and excellent books in English and other languages, there is little room for good Greek novels, simply because the post is already taken. In order to be heard in a room full of indifferent strangers one must have something very important to say. To put it more simply, one has to be a very good if not exceptional, in order to stand out.

As for overcoming invisibility, funding can be helpful, of course, as well as what Soti Triantafillou aptly calls “publishing diplomacy,” but it is ultimately the product itself that counts and the ability and willingness of the Greek literary establishment to pick the excellent – and there are excellent Greek books – over the dated and the average, and support and promote them as professionally as possible. It is only by creating a supportive and nurturing environment for very good authors and books locally and internationally that Greek literature might stand a chance of traveling abroad successfully. A difficult job, no less, but as the case of the Scandinavians or the Latin Americans before them has shown, ultimately achievable.