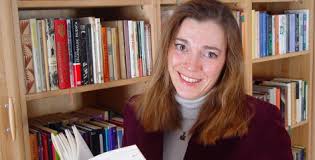 If Amazon believes in readers and Hachette believes in authors as much as they say, it’s imperative they end their fight as soon as possible, argues Tanja Tuma.

The following is an “open letter” to Amazon written by Tanja Tuma, director of the Slovenian publishing house Založba Tuma and author of several books, including her latest work, written in English, Winds of Dalmatia. Like thousands of authors involved into your dispute, I feel impotent and lost in the storm of your overwhelming arguments. I can see reason on both sides, yet, the e-book war continues, and the supply chain of certain books — in another letter to you, rightly called hostages — is being interrupted. I think for lame reasons. One hundred years later, seventy years later, twenty years later…have we not all learned a lesson that there are no winners in disputes and wars, only losers?

As a publisher from a small linguistic and publishing market (Slovenia, 2.5 milion speakers) I have been a fervent advocate of the traditional publishing chain and a fixed price system in our book market. In my point of view, brick-and-mortar bookshops are important cultural centers. On their shelves, they foster literary and popular literature under the wing of the famous. It’s a mixed calculation. Without this, the literary tastes of the readers being offered only the most popular and highly ranked writings cannot personally grow. They run the risk of becoming shallow, maybe so shallow that they don’t want to bother with reading any books or texts whatsoever. Or, as Janis Joplin sang “Freedom’s just another word for nothing left to lose.”

It is Amazon and Hachette’s “historical responsibility” to end their fight soon.

However, I can see that limitations stifle progress and do harm, too.

At one point, the KDP letter to us — authors — speaks of drawing the box too small. I have to agree: the traditional publishers and booksellers neglect the newest trends and completely ignore the self-published market of electronic and paper books. It is particularly painful that the brick-and-mortar bookshops claim that because of physical and material reasons, they cannot offer as diversified a selection as any of the online bookstores do for e-books, that they cannot support self-published authors. Accordingly, they are losing sales and customers.

It is a cultural tragedy for a community when a local bookshop has to shut down.

Speaking of paper and files, you might think I am mixing the two randomly, one having nothing to do with the other, however, paper and e-book files cannot live without the other: they’re part of one culture, the most important for mankind so far. Thus, price regulation is a framework which under clever circumstances will enhance the book markets. On the other hand, taking advantage of it as a system can only bring it to its ruins.

As a self-published author, I have to sing the praises of KDP. It has opened a window to the reading world for masses of new authors, many of them from political systems and countries where they would be silenced forever or would risk their lives to knock on the vaults of traditional agents and publishers, maybe many only to end up their slush piles in spite of the importance of their stories. I include myself in this group, although I have a privilege to live in democratic Slovenia. If low prices and free promotions are the keys to helping people find my book, so be it. If it aches my publishing sentiments that my book does not appear on a brick-and-mortar or a library shelf, I only sigh: “From storm to storm, my book sails on.” It’s only thanks to the innovation and open-mindness of Amazon KDP that I can reach my readership.

So you see, ladies and gentlemen, the management of Hachette and Amazon, the truth has many facets and you should — unlike the jesting Pilate — stay for the answer.

It is not only in your job descriptions to negotiate until both parties reach an agreement, it is your historical responsibility to do so. Go back and sit down at your conference tables. Look for solutions to end this dispute as soon as possible. Aim for a way to let both systems co-exist and flourish. Readers United are a colorful race, the whole world, actually; some need brick-and-mortar bookshops, some love their traditional publishers on whose literary tastes they can rely, some enjoy low-priced Amazon books available in every corner of the world.

Maybe for now, you think you can go separate ways and distribute books without each other, but in the long term every one of your catchy phrases with which you lure authors to follow your ideas and only yours, will backfire. For Authors United could creatively unite at one point where they might not need either of you — neither Hachette nor Amazon — to find their ways to readers’ hearts and minds. So, the sooner you sit down and talk about it the better.

Maybe instead of letters, authors should be better advised to send you packages of coffee and black tea to keep you awake during your negotiations.

With my best wishes,