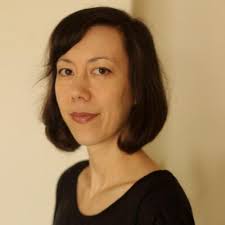 Susan Barker’s new novel “The Incarnations” uses the device of reincarnation to capture snapshots of moments in China’s long history through a single man. Susan Barker moved to Beijing in 2007 with the intention of writing a novel about China — it would be part historical, part contemporary urban China, but beyond that she didn’t know what the story would be. Nor did she think it would take her six years to write, but the hard graft has paid off and earlier this month The Incarnations (Random House UK) is released.

It is a remarkable novel — ambitious in scope, painstakingly researched and most importantly, a gripping read. It deserves to win one of the prizes that it will no doubt be put forward for.

That Barker is dedicated to her craft is apparent in the way she approached the book. Aged 29, she had some money in her pocket after the publication of her second book and arrived in Beijing not knowing a soul, but convinced that a story would reveal itself as she got to know the city.

“I observed and waited to see what would inspire me and shape the book,” says Barker.

The city didn’t just shape her book it has also shaped her personal life because it’s here that she met her American boyfriend. The couple has been living in Shenzhen, in southern China, for the last two years although visa issues are making a continued stay in China difficult for Barker. “I like to write fiction about things I want to learn about. I had three research interests – Chinese history, modern China and reincarnation. I also wanted to capture how history is cyclical, you can clearly see that in Chinese history,” says Barker.

As she redrafted, the reincarnation aspect became more than simply a narrative device, it is the heart of the novel. The book begins with a letter written to middle-aged Beijing taxi driver Wang Jun. The letter writer claims to be his soul mate and to have known him for many lifetimes. This is no love letter there is chilling undertone to the correspondence: “I pity your poor wife, Driver Wang. What’s the bond of matrimony compared to the bond we have shared over a thousands years?”

Wang becomes more anxious with each letter he receives. Who is stalking him? What do they want? We see the stress take a toll on his marriage and gradually discover that that there’s more to him than just being a cab driver, husband and father. He has a complicated past and the issues that he thought he’d put to rest rise to the surface with every letter received, pushing his marriage to the brink and his mental health to the very edge.

It is Driver Wang’s story that makes the novel such a page-turner. We want to find out who is sending him these anonymous letters, who has such a hold on him. We have our suspicions — as does Wang — but that person’s identity is kept secret until the closing pages of the book. It’s this aspect that makes the novel such a delicious thriller, but the real joy of the book is in the letter themselves. There are six in total — six past lives — and each one researched in depth. In one they — the letter writer and Wang — are young slaves struggling through the Gobi Desert to escape the Mongol Invasion, in another Wang is a concubine plotting the murder of a sadistic Ming emperor and in the last they are Red Guards during the 1966 Cultural Revolution.

The relationship between the two is destructive in each lifetime and that cycle of abuse and betrayal is mirrored in China’s history, the rise and fall of emperors, conflict and war. History repeats itself, the personal and the political. We are forever condemned to keep making the same mistakes.

“I wanted to write how because of these innate flaws – like raff and jealously and possessiveness – even though they are soul mates, every relationship is destructive because they can’t reign in these baser instincts,” says Barker.

Although she began writing the novel in Beijing, Barker had to leave because of visas issues ahead of the 2008 Olympics and ended up writing parts of it in Seoul, Colorado, Boston and Leeds, where she had a fellowship for two years.

“I’m used to being broke and living frugally. The first few years I was writing the book everything I owned could fit in two suitcases,” says Barker.

On the eve of publication, the practical side of life — such as where to live — is still precarious for Barker, but she seems unruffled. She has been having trouble getting a visa back into China and, with her fingers crossed, plans to enter through a less busy port hoping to increase her chances. If she can get into China, she will be able to go ahead with the book tour for The Incarnations that has been planned, a tour that will take in Shanghai, Beijing and Chengdu.