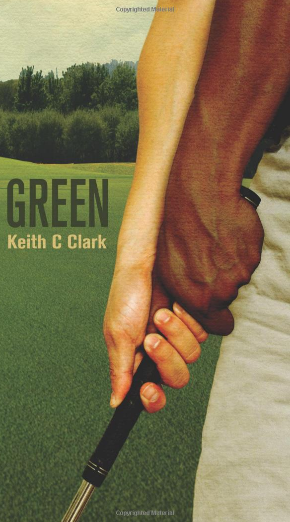 Our monthly selection of reviews from BlueInk Review, a service which reviews self-published books, stars a novel about friendship, golf and race in 1969, among others. Green, by Keith C. Clark: When two high school teens, one white and one black, connect over golf, the friendship is instant. But in this novel’s 1969 environment of rampant racism, the relationship is fated to end almost as quickly as it begins. Clark is a natural storyteller who writes in a style that feels effortless as he spins this layered, compelling tale of friendship and dreams, disappointment and triumph. Read review.

Whirlwind and Storm: A Connecticut Cavalry Officer in the Civil War ad Reconstruction, by Charles E. Farnsworth: This captivating biography of Civil War cavalry officer Charles Farnsworth is penned by his great grandson using Farnsworth’s intimate personal diary and 135 letters he wrote to his family. The book records Farnsworth’s experiences during capture and imprisonment, offering intriguing details, such as how relatives smuggled in letters and gold coins, his invention of a code to secretly express his love for another and more. This rich biography not only fascinates, it holds important historic documentation that will interest anyone delving into the Civil War era. Read review.

Hats: How Felt Can Save America, by Alan E. Waite: Was the Baby Boom generation the last in America to experience a life rich with relative peace, prosperity and safety? Waite believes so. In his engaging and insightful memoir, he weaves stories from his youth that illuminate how those in authority, who he calls “Hats,” inspired respect, consideration and compassion in young people. This sharply penned, compelling book is likely to draw smiles and nods of recognition from Boomers and impart to Millennials the “quiet magic” that the author believes is absent from today’s fast-paced world. Read review.

Preventing Autism & ADHD: Controlling Risk Factors Before, During & After Pregnancy, by Dr. Debby Hamilton: As the number of autism diagnoses explodes in this country, Hamilton focuses on three areas that she sees as key to reducing risk factors for the diseases: proper diet, strong digestion and detoxification. In clear and concise text, the author, who has treated hundreds of children with autism and ADHD, covers published research data on the subject, everything from the risk of genetically modified foods to the toxicity of some pacifiers. Well-organized and easy to follow, Preventing Autism & ADHD provides a valuable resource for women interested in doing all they can to lower their children’s risk of autism and ADHD. Read review.

Guilty Party: The International Community in Afghanistan, by Graciana del Castillo: Weaving personal anecdotes with exhaustively sourced academic information, del Castillo portrays the events leading up to the War in Afghanistan along with its aftermath and possible future. Beginning with her first visit to Afghanistan in 1978, she uses depictions of her travels to illustrate the region’s historical significance, and later, to detail the “weak, wasteful, and fragmented” attempts at reconstruction after the toppling of the Taliban following 9/11. The author’s cohesive, intelligent writing style, combined with impeccable research, makes this essential reading for anyone desiring a comprehensive backdrop to modern Afghanistan. Read review.

Diary of an Aztec, by Jordan Walker: Presented as a diary of a teenage girl near the end of the fall of the Aztec Empire, this novel brings to life an intimate and very human portrait of the hopes and fears of one family living many centuries ago. Eschewing the stiffness of some historical fiction, Walker lets the confusion and emotions of the young girl — who could dwell in any century — take the lead. The book is informed by Walker herself, who, while just 16 years old, writes with a sophistication well beyond her years. Read review.

Magic, Machines and the Awakening of Danny Searle, by John McWilliams: While traveling, members of Quantum Bay Labs’ Prometheus artificial intelligence project are involved in a car accident that kills the driver and puts the company’s beautiful bookkeeper, Danny Searle, in a coma. Her boss’s son, taken by Danny, is a programming prodigy whose expertise is put to the test as he races against time to save her.  Driven by a highly intelligent and witty narrative voice, excellently developed characters, and a relentlessly inquisitive undertone, this science fiction novel is a page-turner. Read review.

Vanishing Twin, by Tanja Kobasic: This undeniably unique and entertaining dark fantasy revolves around two strong-willed and inspiring twins, Scarlett and Jade, who are fused at the pelvis. While on their book tour, Scarlett and Jade meet world-class illusionist Sebastian Cole.  As Scarlett and Sebastian forge a deep connection, they must maneuver through the minefield that is Jade’s fragile ego and the challenges Sebastian faces as he is pressured to join a demonic cult. Excellently developed characters, brisk pacing, and an intensely spiritual undertone make this a riveting read. Read review.

Making Movies, by Roy Serverin: When Chad Sparks, a flawed but earnest hero who never gives up, applies to be an extra in a ninja-themed movie, he ends up cast in the film and Hollywood-bound. While making friends (and enemies) among the cast and crew, Chad stumbles across a mystery involving a shifty investor named Walter Buzzard and tries to bring the bad guys to justice.  Making Moves is a fully realized middle-grade fiction novel that offers a complex plot, mild gross-out humor that its audience is bound to enjoy, and perfect tone and timing. Read review.

The Audacity of Veracity, by Nicky Dare: When entering college, Dare wrote down her affirmations on how to be successful. However, in the years that followed, as she faced a failed marriage and many other trials, she learned that “there is no blueprint for anything.” Here, Dare shows how she learned to transcend difficult circumstances and approach life’s struggles and joys as a “consumer of life: ingesting and savoring life in all of its aspects.” Intimate but not saccharin, introspective without being self-absorbed, her book makes for a particularly engaging read. Read review.