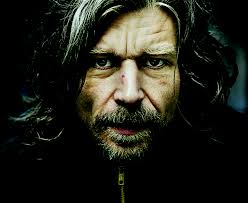 Knausgaard may be the perfect writer for our social media fueled era. Even so, his popularity remains surprising, especially considering the many alternatives. Karl Ove Knausgaard: The Most Interesting Man in the World?

In today’s feature story, Saskia Vogel notes that among the literati interested in foreign fiction at this past month’s BEA, there seemed to be one author’s name on everyone’s lips: Karl Ove Knausgaard. It’s true: several editors, authors, and critics raised the issue with me as well of the Norwegian author’s 3,600-page semi-autobiographical novel cycle that promises to span six volumes, three of which have been published in English. The general tone was one that alternated between fascination and befuddlement. Fascination: how did these books become such bestsellers? Befuddlement: how did these books become bestsellers?

First, let’s be straight here — they are bestsellers in the context of translated fiction, which means that they are gaining the attention of a self-selected group of readers interested in such things. So there is that.

In Norway, it’s said one out of every ten Norwegians have bought the books. Great — but it’s a small country of just five million people. They should get behind their author. By why are English-speaking readers clamoring for the book? My best guess is readers are fascinated by the self-centeredness of the books, the relentless focus on Knausgaard’s personal reaction to and reflections on those people, places and things he encounters in his own life. He’s turned the mundane into something of a page-turner, fueled largely by his tendency towards mordant criticism of so much around him.

I think that one Amazon reviewer summed it up rather succinctly when he described it as “a reality show on the page.” (And we all know that 75% of all reality shows are actually scripted bits of fiction.)

Of course, Knausgaard is hardly the first author to do as much. As Laurence Marie, cultural attache responsible for books at the French Embassy in New York, points out in a recent blog post “Why Karl Ove Knausgaard, the Norwegian Proust, is (not yet) such a big deal in France,” such fiction is considered almost conventional in France.

In France, “autofiction” (as Serge Doubrovksy calls it) is a prosperous genre, whose boundaries with autobiography and the autobiographical novel are highly blurred. It is precisely this issue that has also inspired numerous articles and debates about My Struggle in the US, with questions such as: Is everything true? How can Knausgaard remember details such as “I downed the beer in one gulp”? Has he not (re-)invented part of what he writes? In France, where “the death of the author” is still hovering over literary criticism, these matters are considered pointless.

Marie notes that contrary to other European countries, Knausgaard’s My Struggle has been met with “relative indifference.” Marie latches on to the critical comparisons between Knausgaard and Proust, pointing out that there are almost endless volumes of books in France that offer similar relentless naval-gazing:

She then expresses the hope that as readers develop a taste for such books, they might then find the inclination to drink from this, as she suggests, deeper well of French literature.

So, will Knausgaard be an entry point for American and other Anglo-readers into “autofiction?” Is it worth committing to 3,600 pages of a single author’s vision when, frankly, there are so many similar — and shorter — books out there?

Well, what do you prefer? A series of brief encounters? Or are you looking to get married and stick with someone for the long haul?

At the very least, it looks like the age of autofiction is here to stay. And why not? It’s the perfect genre for the internet era, where books published as “memoirs” can no longer be fully believed and social media sites have empowered us to dramatize our own lives online, mixing truth with fiction in equal doses. In this context Knaugaard may be the perfect writer for our times.