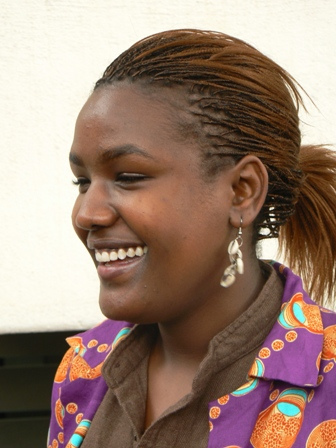 Angela Wachuka is critical of the “global north.”

As discussed in today’s feature article, Kwani Trust in Kenya has reached its ten year anniversary and, naturally, the organization is thinking deeply about the digital future. Billy Kahora, writer and Kwani managing editor, notes that the “mobile phone exploded distribution” in Kenya, as did mobile money, “allowing people to bypass a flawed distribution system based on fraught logistical structures. Suddenly the mobile phone was the key way to spread content.”

The editor’s thoughts have turned to how to create a demand for trans-media storytelling and, as Kwani Trust Executive Director Angela Wachuka says,”the meeting points between aesthetics of creativity and technology, and the possible monetization of content.”

In an increasingly connected world, Wachuka is critical of the global publishing framework, which she feels has thwarted some of Kwani’s efforts to move some of Africa’s finest creative talent across borders.

She explains, “It might take between six and nine months to get clearance on co-publications between London and Nairobi, for instance. The irony of this is that for writers not aware of the limitations of granting blanket rights, it may then be that a Nigerian writer’s work for instance, is available in the global north, and imported into Nigeria at costs that exponentially mark up the prices of books locally. Our approach to this challenge has been to work with writers and their agents directly in securing the necessary rights. However, there is still a reluctance to grant digital rights to African publishers and others in emerging markets, therefore limiting our growth for mobile and other forms of distribution more suited to our respective regions.”