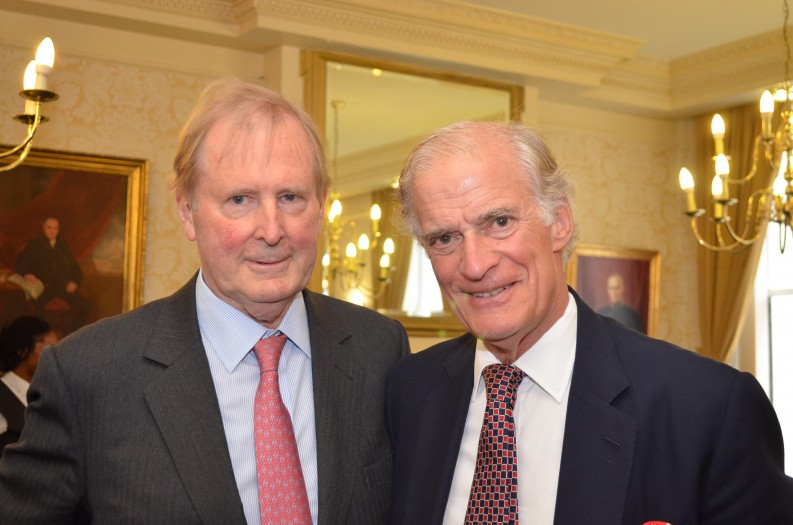 The ABA was in London last week – but this wasn’t Oren Teicher and the gang from the American Booksellers Association. This was the other ABA, the American Bar Association, whose Chicago-based ABA Publishing, has just published The Mother Court, a history of some of the most famous cases heard at the US District Court for the Southern District of New York, to give it its less poetic name. Author James Zirin, former Assistant US Attorney for the Southern Distrct of NY and co-host of the US cable TV show ‘Conversations in the Digital Age’, held a private party for family and friends at the Law Society, just off the Strand. Guests included numerous fellow lawyers and counsels – indeed, there should be a collective noun for such a grouping: a ‘deposition,’ perhaps. He was joined by an old college friend from Princeton, William Morrison, now Chairman of Mayfair-based private investment bank Trinity Group, whose son Stephen is Vice-President and Publisher of Picador US.

Zirin’s book is effectively a biography of one of the most famous courts in the world. Numerous dramas have been played out here. This is the court that convicted the Russian spies Ethel and Julius Rosenberg, it’s where the mobster ‘Apalchin case’ (fictionalized in The Godfather) took place and it’s where the US government attempted, but failed to censor James Joyce’s Ulysses.

Zirin is fascinating – and nostalgic – on the changing attitudes to obscenity. “Americans in particular are in sharp disagreement as to what books belong on open library shelves and what movies should be shown,” he says. “Since much erotica came from Europe, where attitudes tend to be less prudish, we made laws proscribing the importation of obscene books.

“James Joyce’s Ulysses, Henry Miller’s Tropic of Cancer and Anais Nin’s Delta of Venus – novels that are tame by today’s standards – were deemed contraband, like opium, to be confiscated by the authorities. When I returned to New York from Paris on a Dutch student trip in the fall of 1960, I had in my suitcase a well-thumbed copy of Tropic of Cancer, which I had purchased in a libraire near the Place Vendome. Customs officers seized the book at the dock.”

Now he is rightly basking in the London Times review of his book which described it as “an affectionate, rollicking story of the US District Court for the Southern District of New York…a witty and wide-ranging portrayal of a court and the players who strut and fret their hour across its stage”.