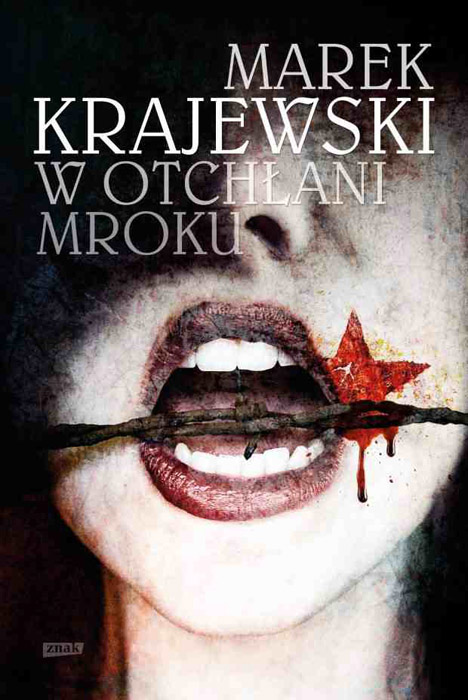 Ginanne Brownell, writing in The New York Times, notes that “While Poland has one of the lowest crime rates in the European Union, the country appears to be in the midst of a crime obsession — at least of the fictional variety.”

The numbers speak for themselves. Crime writer Irek Grin, the director of Wroclaw’s International Festival of Crime Fiction says that in 2003, there were only four Polish thrillers published – but in 2013, the number soared to 112.

According to Brownell, “In the past decade homegrown crime fiction has become one of the most popular literary genres in Poland. And in a field that has been dominated by British, American and, most recently, Scandinavian writers, it seems poised to grab the attention of crime fiction fans around the world.”

What helps to set them apart is their setting; many of the books make excellent use of Poland’s “rich and tumultuous 20th-century history as a backdrop.”

One good example is Marek Krajewski, whose “retro series” featuring Inspector Eberhard Mock (which has been published in over 20 languages), uses his country’s past as a colorful backdrop for his thrillers. And poet Marcin Wronski has set many of his mysteries (they’ve already been translated into Russian) in prewar Lublin.

“The originality of Polish crime novels is based on the description of strange, complicated Polish circumstances – of an either modern or historical nature – in the attractive form of a crime story,” Krajewski told Brownell in an email, adding that “although these authors are deeply involved in Polish history and in the problems of today’s Poland, they can be read anywhere.”

Brownell argues that while crime novels were popular in Poland under Communism — “the country mourned last October when the 1960s and 1960s comic crime writer Joanna Chmielewska died” — their popularity began to take off a decade ago. “The 1990s was a period of transition,” said Wojciech Orlinski, a literary critic with Gazeta Wyborcza, Poland’s most popular daily, “we were not sure what was going to come next. But once we felt more secure with our day-to-day life and a middle class emerged, people started to have more leisure time to read.”

Crime writer Michael Kuzminski (who co-authors his thrillers with his wife Malgorzata Fugiel-Kuzminska) said in an email that, “For decades, Poland was perceived as terra incognita, whereas now, we are on the other side of this cultural boundary, part of the European Union, but we are still very different in terms of history,” adding that, “The phenomenon of Scandinavian crime was based on what is behind this highly developed civil society and welfare state, which is the common ground of their crime stories. Whereas here in Poland, we are dealing with our past, with our traumas, our developments.”

Brownell reports that while publishers in Poland do not publicly track print runs or sales, Beata Stasinska the chief editor of WAB Publishers, one of Poland’s largest publishers of crime fiction says that sales of Polish crime books have been rising, and added that all five of Marek Krajweski’s books featuring Eberhard Mock (published by WAB books) have sold more than 50,000 copies each, and Mr. Miloszewski’s books have sold 200,000 in Poland.

And Polish crime novels are popular in Britain as well, in no small part because of an influx of Poles coming to live and work in the country. “The last few years we have observed a few publishing houses releasing more authors from Eastern Europe, especially Poland, which might tie in with the large numbers of Poles living in the U.K. and curiosity by the British public in Polish culture,” said Joanna Zgadzaj, co-founder of Stork Press, a British publishing house that focuses on Central and East European writers.

Zygmunt Miloszewsli, whose book A Grain of Truth takes on issues of anti-Semitism in Poland (and who is currently finishing his latest thriller, scheduled for publication in Poland this fall and to be translated into English next year) said that, “A crime novel cannot be a simple whodunit anymore. What appeals to Western audiences is that in contemporary crime fiction, you would like to know as a reader how a society works. What we are, what we believe, what we dream about, what are the tensions and issues in our society – it is the greatest mystery in these mystery novels to discover.”