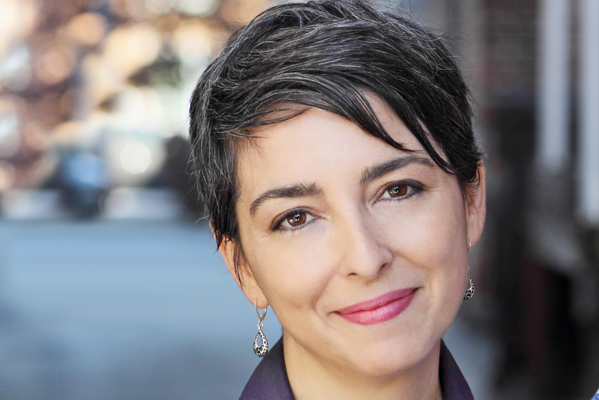 Denise Kiernan is the author of the New York Times bestseller “The Girls of Atomic City.”

Indies First is a spin-off of Small Business Saturday, aimed at supporting local independent bookstores. Though targeted at a fraction of the small business marketplace, results of the event’s inaugural outing appear to indicate that this is one spin-off that will have a long, successful run all its own. Brought into being through the efforts of author Sherman Alexie, and with the administrative and online support of the American Booksellers Association, Indies First thrust the people who normally write books into the shoes of those who sell the fruits of their labors. For independent booksellers, that meant having local authors roving the aisles of their stores the Saturday after Thanksgiving, recommending books to customers and signing some of their own works. For authors like me, it meant taking time to give back to a bookstore that has given so much to me, and spending an afternoon in one of my favorite spots: Malaprop’s Bookstore and Cafe in Asheville, North Carolina. I joined a group of enthusiastic authors, all of us happy to promote a store that has promoted us over the years. Malaprop’s bookseller Cindy Norris scheduled us to work in shifts throughout the day. We had already submitted the titles of books that we wanted to recommend to customers, the idea being that hawking your own wares feels awkward at best, but talking about other people’s writing is something we do all the time anyway. Malaprop’s also created a display of books we authors had written, and had t-shirts made for us that read “Thanks for Shopping Indie.” The shirts differed in color from those of the staff so that we might be easily identified in case someone wanted to strike up a conversation or ask us to sign their books.

We were an eclectic bunch, representing diverse ages and reading preferences, varying levels of writing success and different skill sets when it came to dealing with the general public. We are authors, after all. Most of us spend our days alone and like it that way. This was not lost on Ms. Norris who, knowing most of us already, wanted to make sure every author felt comfortable contributing to the day’s events no matter where they happened to land on the Myers-Briggs personality scale.

“Different people have different personalities and want to do different things,” she said. “The more outgoing were fine standing around and initiating conversations or asking customers about books, but some authors are not like that…It turned out great for introverted authors to just hang out at the wrapping station.”

I fall into the extrovert camp, and had a ball speaking with customers about what I’m currently reading (Dennis Lehane’s Live by Night) and making suggestions for gifts. Many customers I met were unaware prior to entering Malaprop’s that authors were on hand working, and got a kick out of chatting or leaving with a signed book to give as a present. For me, it was nice to finally meet some of the other authors who live in town, and put some faces with names and email addresses. The store was swamped, the cafe was packed, and the convivial, party-like atmosphere could have sucked the cynicism out of even the crabbiest of Scrooge-ian shoppers.

“The Asheville clientele is a literary bunch. They’re excited to meet local authors,” Norris explained. She feels the presence of authors and the spirit behind Indies First wouldn’t work everywhere. “I don’t think it would be successful for a big-box store, where people come in, get cheapest book they can find and then leave….We feel very honored to be able to give customers access to local authors.”

By any measure, Indies First was a huge success. The inaugural weekend saw more than 1,000 authors hand-selling books at more than 400 bookstores. In Asheville, that success could be seen at the cash register and in the aisles.

Malaprop’s manager Linda Barrett said that the weekend’s sales were up a whopping 46% over last year. “Both days were terrific,” she said, “but Indies First/Small Business Saturday was much busier in foot traffic and sales.”

She felt that the publicity surrounding the event itself was a boost. “Authors and bookstores working together to promote the value of supporting independent bookstores on Small Business Saturday provided media with a great story,” she explained. Norris also credited the authors who promoted Indies First on blogs, Facebook and Twitter prior to the event itself.

What I came to value about Indies First is that it has finally given a name, a movement and a dedicated day to a relationship that I have long treasured. I rely on Malaprop’s for so much more than selling my books and hosting my readings, though both of those play a huge part in my career as a writer. As a reader, I rely on their recommendations, yes, but as an author I seek them out for insight, thoughts on industry trends, or suggestions for, say, reaching out to book clubs.

Sometimes they are simply a sympathetic ear. The relationship between authors and independent booksellers continues to evolve as the publishing industry of which we are a part continues to change, moving in fits and starts to navigate a new literary landscape that is very different than it was even five years ago.

“Our relationship with local authors is extremely significant,” Barrett said. “I think the relationship has tightened in recent years as both authors and independent bookstores look to each other to find ways to stand out in the marketplace, to be successful and imaginative.”

Norris and Barrett are already looking forward to next year’s event.

“Indies First deepened our relationship with our local authors,” Barrett said, “and we hope to keep that going.”

Denise Kiernan is the author of the New York Times bestseller The Girls of Atomic City (Touchstone/Simon & Schuster).