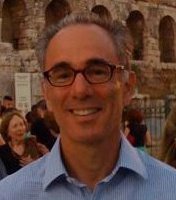 Michael Z. Wise is the cofounder of New Vessel Press.

“Write what you know” is commonplace advice doled out to fledgling writers. Sometimes it seems as if a similar dictum is followed by publishers of translated books. To what extent do familiar cultural stereotypes and political outlooks determine the selection and commercial success of literature in translation?

Looming large is the ultra-French/Parisian novel with a setting that helped propel sales of nearly one million copies of The Elegance of the Hedgehog by Muriel Barbery, and the frisson français used to spark interest in a recently released novel like The President’s Hat by Antoine Laurain or an earlier one like The Waitress Was New by Dominique Fabre.

Of course, there’s also a countervailing trend—the dull, new global novel—that author and translator Tim Parks has been warning about in The New York Review of Books. Parks argues that many foreign writers are now producing works that have no “obstacles to international comprehension” and are thus devoid of local particularity and “culture-specific clutter” for ease of transmission — like blockbuster films — around the world. So when novels have not been scrubbed of culture-specific clutter, how often do the remaining barnacles in translated literature play to type? The President’s Hat, published in Setpember by Gallic Books with a cover bearing the outline of the Eiffel Tower, has opening chapters set in a brasserie along a grand boulevard where white-aproned waiters serve aperitifs before breaking out the Pouilly-Fuissé.

Very soon there’s mention of the nearby gare, assorted arrondissements and voilà — President Francois Mitterrand arrives to take note of a young beauty at an adjacent table. “A hymn to la vie Parisienne,” proclaims a blurb on the inevitably bleu-blanc-rouge book jacket, “a story to enjoy like a chocolate with a surprise center.”

This Parisian hymn contains elucidations on who in the French capital reads Le Figaro versus Libération newspapers, the kingly power of the Fifth Republic’s head of state and the now distant uproar over the construction of I.M. Pei’s glazed pyramid in the Louvre courtyard; details not unknown to Americans familiar with 20th century France. The Elegance of the Hedgehog by Muriel Barbery, published in 2008 by Europa Editions in Alison Anderson’s translation, has a more philosophical bent but likewise profits from an overtly Parisian hue that magnetically draws Anglophones to the banks of the Seine. It’s set in an imposing townhouse – or un hôtel particulier as its jacket copy states – carved up into luxury apartments whose concierge is an overweight, foul-breathed widow named Renée Michel. Overturning class-based assumptions, she ends up having an affair with a refined Japanese businessman who moves into her building.

The book sold over two million copies when Gallimard first brought it out in France, owing much of its original appeal to the Cinderella-like story line. Nonetheless, this rags to riches revamp probably wouldn’t have attracted nearly as many non-French readers were it staged in Clermont-Ferrand or La Rochelle.

Even a beautifully mournful book like The Waitress Was New by Dominique Fabre, published by Archipelago Books in 2008, may have drawn an acquisitions editor’s — as well as many readers’ — eye in part because it was placed in the well-worn venue of a (nearly) Parisian café. Not the Café de Flore or La Rotonde, but a more humdrum place called Le Cercle in the Parisian suburb of Asnières where a bartender’s melancholy interior musings supply the subtle, moving tale. Still, there are enough reference points — Dubonnet glassware, trips to the Gare Saint-Lazare, a Modigliani portrait on the front cover — to signal that this is a comfortably typical French locale.

Just as it’s sometimes hard to avoid a snow-flecked, beribboned Manhattan Christmas at a Cinemaplex, do French novels in English translation have to be set in a Paris Hemingway would still recognize? Similarly, does Israeli fiction have to relate chiefly to the Mideast conflict in the same way that nowadays all Swedish literature seems to revolve around a Stockholm murder or winter-wrapped detectives? The New Yorker is more likely to prominently excerpt a novel like Shani Boianjiu’s The People of Forever are Not Afraid (Random House 2012) — written by a Hebrew-speaking, Israeli author in English — about three female soldiers in the Israel Defense Forces than a much less topical, but fine, translated novel like Accidents, by Yael Hedaya (Metropolitan Books 2005) that plays out in the Tel Aviv bubble. Hedaya’s book is far removed from the headline-grabbing concerns of war and peace, its quotidian plot deriving instead from intimate relationships and parenting.

Of course, as cofounder of New Vessel Press with Ross Ufberg, I’d like nothing as much as a publishing homerun like The Elegance of the Hedgehog. But I’m also hoping we may have one and defy expectations too with our new Israeli novel, in which Arab-Israeli strife is hardly in the forefront. Shemi Zarhin’s debut novel Some Day, released on October 15, takes place not in history-laden Jerusalem or hyper-caffeinated Tel Aviv but in sleepy, ostensibly marginal Tiberias. While it’s not overtly political in nature, Some Day deftly covers the transformative changes within Israeli society over the last century — including the shift from a communitarian to far more individualistic spirit, the tensions between Jewish immigrants of disparate origin and the rise of rightist parties. It also tells a piece of Israeli history that is often ignored: the experience of Sephardic Jews outside the country’s political and cultural centers, and within a family that is not focused on the Zionist experience, but occupied by simple existential and universal questions.

It’s true that in the closing pages of this gripping, lust-filled book Mideast tensions inevitably intrude with a narrative-changing death. But Some Day challenges assumptions and shows American readers a surprisingly different side of Israel than they may find in the works of Amos Oz or David Grossman. Let’s hear it for publishing great works in translation that offer plenty of unexpected terrain.

Michael Z. Wise is cofounder of New Vessel Press. Check out their new books at newvesselpress.com.