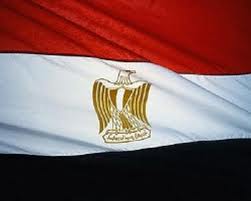 A number of publishers, including Dar Merit’s iconic Mohamed Hashem, took some part in the June sit-in at the Ministry of Culture, opposing actions taken by the Mohamed Morsi-appointed Minister of Culture Alaa Abdel-Aziz.

Abel-Aziz fired a number of high profile staff in his short tenure, including the head of Dar al Kotob, the Egyptian National Library. But after Morsi was deposed, Abdel-Aziz left office, and these firings were reversed.

However, in July, this was followed by sectarian violence, heated rhetoric, and the killings of demonstrators, after which a restrictive evening curfew was declared. A number of summer book events weren’t held this year, including the popular Faisal Book Fair, which has been held during Ramadan the past two years and was a surprising summer boost for publishers. Many publishers and booksellers had to shut their doors intermittently in July and were unsure when they’d be able to re-open.

Sherif Bakr, publisher at Al Arabi Publishing & Distributing, said his operations closed down for four days because of the raid on Rabaa al-Adaweya Square, where Morsi-supporting protesters had gathered. Before that, Al Arabi had only been closed down for a total of five days since January 28, 2011.

It goes without saying that violence, and fear of violence, have reduced bookstore traffic and diminished the orders to publishing houses. By the end of August, bookstore visits had picked up again, although there was still a reduction because of the curfew.

Yet Bakr remains optimistic. “As soon as the political situation cools down and we have a real government, things will start to pick up in the short term,” he said. “I don’t see this happening in the next six months, but maybe in a year.”

Even so, Bakr is not waiting on the situation in Egypt to become more stable. In the meantime, he is focusing on business outside the country, particularly in “nonfiction academic and religious books.”

Fiction sales, Bakr said, rely “mainly on the bookstore business in Egypt, which is the only hope for this sector,” and so fiction has seen more difficult times than academic and religious books. Fiction is “not really growing outside,” Bakr said, “as there is not yet a distribution system” that allows easy movement of fiction titles throughout Arab countries.

Overall, Bakr is holding his course: “I have international contracts that can’t wait and have to be met. I am depending on the Arab market for the rest of my books and hope for the best for the local market.”

The American University in Cairo Press also stresses their global, rather than local, focus. Associated Director for Editorial Programs Neil Hewison said that, for AUCP, “the effect of current events has actually been minimal. There has been little effect on production, because many of our books are now printed abroad.”

The AUCP’s Cairo offices have been shut for about two and a half weeks this summer, but staff members have worked from home or other locations; Hewison said he was recently reviewing page proofs while in Malaysia.

As with Al Arabi, Hewison said AUCP’s Egyptian sales are down, “but the local market has been depressed for some time now, and we have been able to offset that effect by increasing our international sales and distribution.”

Wael El Molla, of Masr El Arabia, agreed that book sales have suffered in the past three years. Yet “somehow the market coped with the changes; some publishers reduced their publications and others took serious actions, such as focusing on Arab book fairs as a solution for the slow sales in Egypt.”

In part, the local market is depressed because the public sector hasn’t been active. In the past, orders from Egypt’s public sector have been an important source of publishing revenue. Bakr said that public purchasing has largely dried up. “We don’t get any orders from the Ministry of Culture or any public libraries,” he said. “Any orders that have come in are very small.”

Bakr said that he’s learned to have several different business models and depend on a number of different distribution channels. “You also have to diversify production so you have something for everyone and on every level and country.”

Not all publishers wanted to talk about how political violence has affected business. Balsam Saad, of Dar al-Balsam, said, “I find myself at a loss for words with all the lives lost. I am also deeply concerned that there is a rising threat of not accepting different points of view.”

Saad said she didn’t know how recent events will affect publishing in Egypt, but that, “Our role is to publish books that will help the country build a better future.”