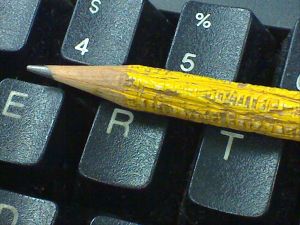 Certainly there might be a financial savings for publishers, but what are the risks? Bosnia, to focus on that country specifically, is notorious for pirating print books. Two prominent Turkish publishers I spoke to recently complained of finding pirated editions of their books, translated into Bosnian and published by a legitimate publishers, for sale at the Sarajevo airport.

If this happens with books that need to be translated, imagine what might happen if one sends along an original manuscript as a file to be edited? How much easier would this make the process of pirating the book be, should someone want to go ahead and do so.

Many English-language publishers outsource some editorial work, often copyediting, to India. But, again, piracy is a high risk, as English language books in foreign editions are among the most pirated books on the subcontinent.

It’s not a huge leap to make to find a corollary between outsourcing and the availability of those pirated editions.

Is the risk worth the potential cost savings? That decision is up to individual publishers. But when you factor in cultural differences and the different use of language, grammar and other factors, it might just tip the balance against outsourcing of editing jobs overseas.