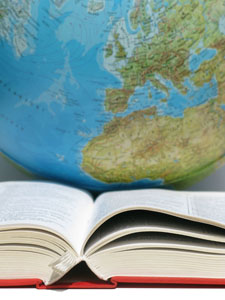 One of the underlying principles of Publishing Perspectives is that businesses is business no matter where you are in the world and there is a great deal to learn from another person’s experience, even if they speak another language and live and work in a different publishing culture. If anything translates easily to another culture, it’s the culture of business.

And, it appears, that non-US publishers agree: why else would so many of them be looking at entering the US market with their own business and productivity titles?

Today’s feature article looks at how Japanese publisher Discover 21 has had great success with a series of business, productivity and lifestyle books in their home market. They hope to find the same success in the US.

One of Europe’s top digital publishers, Timo Boezeman of Holland’s De Arbeiderspers/A.W. Bruna Uitgevers, has recently led the worldwide launch of Earned Attention by author Klaas Weima in English in the US. The “multi-platform title,” is a guide to brand building in the digital age with case studies of over 40 different companies, including KLM, Phillips and Miffy (the adorable Dutch bunny). Naturally, the title comes with a corresponding set of apps, blogs and social media threads and, as per 21st century publishing, will be regularly updated with fresh content.

It’s a bold move from a dominant publisher in a small market and it’s the type of thing we’ll be seeing more and more of each year.

In explaining why a company they decided to launch the book “worldwide,” Boezeman writes: “We all know the publishing world is changing. Books are becoming digital, and all the laws and rules we knew, are no longer certainties we can rely on. We decided not to wait on what will happen, but to go for the pro-active approach: trying out new initiatives, innovate and experiment.”

It’s not their first experiment: last year they were among the small group of large publishers to remove DRM from their titles (a risk that is mitigated by the fact that just 28 million or so people speak Dutch).

Earlier this month Publishers Weekly published an article on the topic of international titles “finding their way into the US,” noting several publishers who have been translating titles on their own for US distribution, including Stockholm Text (see our March coverage) and LeFrench Book (see our September coverage). It struck  them, as it still does to some in the US market, as a novelty. But we know that this has been going on for quite awhile already.

The fact is that our publishing world is, indeed, flat. And while much of the world quavers at the thought of a future dominated by a handful of cash-rich, aggressive tech companies dominating the publishing sphere for years to come, it’s important to remember that empires —physical or digital — don’t last forever. Europeans and Asians, which have cultures that go back millennia, know this better than anyone.

What’s going to make the difference? The fact that today everyone, everywhere has the ability to “innovate and experiment.”

Just look at the Kenya’s Kwani literary magazine and publishing house (which we wrote about back in 2009). The relatively modest publisher has been working with a local cell phone provider to offer an app— for feature phones, not Android or iOS.

Cellphones are “a huge component of how consumption is happening here,” Angela Wachuka, executive director of Kenya’s Kwani Trust, told the Christian Science Monitor earlier this week. Adding that “she’s seen Kenyans devour hundreds of pages of text on their tiny screens, plowing through tell-all memoirs and other accounts of the country’s recent political turmoil.”

Everyone, everywhere has the ability to “innovate and experiment.” And it should not come as a surprise if the “next big thing” doesn’t come out of an office block in Silicon Valley or even an incubator in Bangalore, but in a garage in…well, spin the globe and just point.