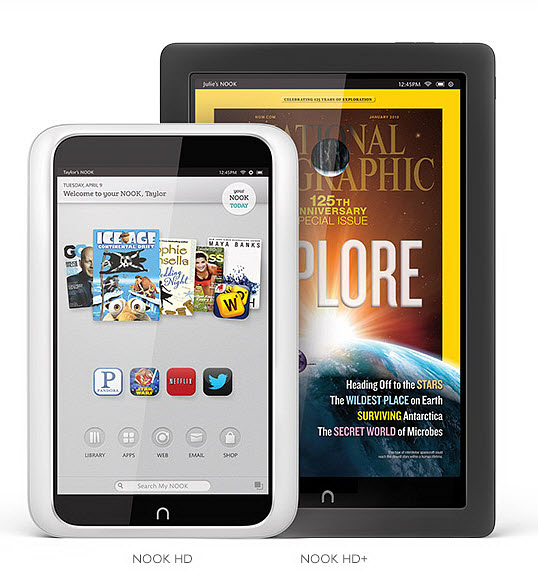 By Dennis Abrams and Edward Nawotka Last week, ABC News noted that Barnes & Noble stock prices soared after TechCrunch reported that they had seen internal documents indicating that Microsoft is considering offering Barnes & Noble $1 billion to buyout the Nook Media business. Microsoft, after last year’s $300 million investment, already holds a 16.9% stake in Nook Media. Pearson, which invested $89 million in Nook Media and holds a 5% stake. In exchange for the additional $1bn, Microsoft would then redeem some of its shares in Nook Media, and take control of the Nook ebook and tablet business. According to TechCrunch:

The documents also reveal that Nook Media plans to discontinue its Android-based tablet business by the end of its 2014 fiscal year as it transitions to a model where Nook content is distributed through apps on ‘third party partner’ devices. Speculation about the plan to discontinue the Nook surfaced in February. The documents we have seen are not clear whether the third-party tablets would be Microsoft’s own Windows 8 devices, tablets made by others (including competing platforms) or both. Third-party tablets, according to the document, are due to get introduced in 2014.

But what are the implications of such a buyout for Barnes & Noble? Microsoft, while a technological powerhouse, has has been star-crossed when it comes to interacting with the book business.

Microsoft was one of the earliest companies to get into the ebook business, via the launch of Microsoft Reader, which debuted in August 2000. It was tied, in part, to the launch of Microsoft’s Tablet computers, the first on the market, and generally seen as a failure. The Reader software and its proprietary .LIT ebook format were discontinued in 2011. The company’s Live Book Search project — which had scanned 750,000 books and indexed 80 million journal articles — lasted just two years, from 2006 to 2008, before it was scuppered.

Should Microsoft take over Nook Media and opt to put and end to B&N’s own ereaders, where that will leave Nook is anyone’s guess. Windows 8, Microsoft’s latest release, has had a lackluster debut and adoption of their most recent Tablet computers incorporating this software have been lackluster.

B&N has made huge investments in Nook and will likely recoup a significant part of that investment, but by ceding control their ebook business to Microsoft, are they giving up too much too soon, and to a company with a history of abandoning multi-million-dollar book businesses?

And the question remains as to how the the cash would be used by B&N: to bolster the brick-and-mortar side of the business, to pay back investors, or provide likely soon-to-leave thereafter CEO William Lynch with a golden parachute? The most likely scenario is some combination of all three.

The fact remains that without an ebook business of its own, the “character” of Barnes & Noble is once again likely to change. They will return to being primarily a purveyor of print and sidelines. In short: a retail business.

As far as the ebook business is concerned, one can only hope that Microsoft remains fully committed to sticking with it this time around. It would be tragic for the book business if, in a few short years, the company execs look at ebooks and decide to bow out again.

Right now, for Microsoft, the move looks like a good one: they get content for their re-imagined software operating system and, most likely, several additional retail outlets for their own devices.

Whether all this is a good move or a bad one will only bear out in the long term. It could go either way.