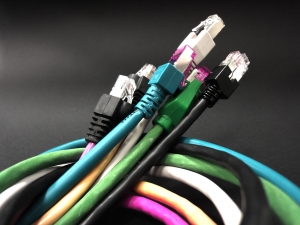 Driving home today I was ruminating about the meaning of fanfiction in preparation for the Tools of Change Conference at the Frankfurt Book Fair next Tuesday where I’ll be speaking on a panel on The Evolving Role of Readers with Allen Lau and Amy Martin of Wattpad, moderated by Ami Greko of Kobo. It says much about the reach of the internet and the digital world, that a small digital publishing company from New Zealand is sharing the stage with heavyweights in the world of digital publishing. (It also says much about the vision and generosity of Kat Meyer, whose main aim is to discover speakers who are engaged at the intersection of publishing and tech, no matter where they come from or how big their companies are.)

Anyway, I thought again of the analogy I have pursued before here at Publishing Perspectives: that our approach to publishing now needs to be something akin to the improvisational nature of jazz. That we need to take the familiar and remake it anew, much like fanfiction does with existing narratives. Fanfiction is all about lacunae in narratives. It imagines ‘What if?’ It follows the roads less travelled in the narrative. It reshapes the location of power in our real world, whether political or other, through a rewriting of the fictional universe, of challenging perceived norms in a supposedly settled Text. All the while bound by a love of the original characters, the writers, and a love of establishing, and then being part of, a community of fellow readers. Some friends are baffled by my commitment to my fandom. I tell them that it’s beyond explanation really, but that I love it because there is such a wonderful, fun sense of community, that it’s global in its reach, that there’s a shared language, and it’s just the most thrilling thing to be part of. A television show, for example, becomes more like a seed rather than the focus, and yet we all still FLAIL away and watch and read (DVDs, the related novels, YouTube clips, fanfic, etc.) obsessively. The fact that Nathan Fillion of the show Castle is the reigning ‘Duke of Comic-Con’ and in Joss Whedon’s inner circle, of course doesn’t hurt the fan fever. (Mitch Joel’s recent article “What Digital Media Can Learn From Comic-Con” is well worth reading.) And in Stana Katic we have one of the most articulate and intelligent (and of course lovely) actresses, who speaks many languages and has a cosmopolitan sensibility. This global appeal will become more and more important in the digital world.

The way the best fanfiction relates to its source content, its questioning, at times analytical, and often philosophical and political interrogation of the certainties and assertions of the original Text could be seen as analogous to the rewriting of the settled narrative of publishing by tech startups. Those startups come not from publishing but often from engineering, computer science, and mathematical backgrounds, shaking up the staid world of the publishing industry, adding 50 shades of sexiness (or nerdiness) to the old print-bound linear processes and outputs.

A few years ago, the publishing industry was certain of its borders, convinced of its rights, sure of its power, definite about who the main characters were in their narrative, and what their respective roles were. The gaps that it didn’t see — the enormous possibilities of agile processes, digital bits and bytes, content as data, the high speed distribution over connections that the print world couldn’t even begin to imagine — were explored by the tech startups on the fringes. They put everything into question. Those certainties were undermined at every turn, central characters became less central, authors became publishers, readers became writers, small publishers with a bit of technical nous could act more nimbly than the Big Six. Perhaps startups are the ‘fanfic’ writers of publishing itself, the creators of new stories interrogating the Text of Publishing and offering alternative endings, alternatives to the Canon, other ways for the industry to develop.

The presence of the startups is now welcomed by the publishing industry, many are bought by the larger publishers, others find entirely new ways to tell stories and have breathed life into the publishing industry. If publishers can now accept these ‘intruders’ and see the benefits to the industry, perhaps it is time to embrace the opening of our actual narratives, the ‘original’ creative output in our books, and look at ways we can embrace the new narratives of fanfiction, not as threats to livelihood, but as explorations of publishing in its wider form.

An unquestioning allegiance to ideas of originality is pervasive in the Western world, but it wasn’t always so. And of course philosophers through the years have questioned the limits of the text. Even in pop culture there is an understanding of this: As Joss Whedon said on his AMA on Reddit in response to a question about fanfiction, scholarship and reinterpretations of his work:

“All worthy work is open to interpretations the author did not intend. Art isn’t your pet — it’s your kid. It grows up and talks back to you.”

The idea of the “original” novel of course emerged in a particular social and historical context, as did current copyright laws. If we have learned anything in both the history of the world, and in the digital world, it is that building higher walls to defend our property and keep people out is not the answer. The publishing industry cannot afford to build higher walls around content, copyright or distribution; we have to think creatively. In the past, power was distributed hierarchically, with publishers at the top, and readers (and some would argue, the authors) at the bottom. With the internet, the readers are right here, and they can choose where they get their content, and they don’t necessarily differentiate between movies, TV programs, text. It’s all in the same category to them. If it’s not available easily and quickly, then they’ll go to one of the torrent sites. If readers want something, there are now ways for them to get it, or write it. These issues are stark if one lives outside the US, because much of this content is not legally available.

If we look at tech startups through the lens of fanfiction, what we learn is that the key for publishing is the importance of reader engagement, making this content available quickly and efficiently, and how for those reason alone, online really is the most important location of all. The term ‘digital publishing’ generally conjures up the idea of e-books, which I think is the least interesting aspect of digital publishing. Those looking a bit deeper may already be exploring the benefits of content management which allows for many outputs. The aspect that may not yet be fully explored in the publishing industry though is the internet as a home for long-form narrative.

People in the industry who are working in this space (and are committed too to the idea of using the internet for actual book publishing) can be found at the annual Books in Browsers conference. There are many working here who are pushing the boundaries of not just what it means to be a book but what it means to be a digital book. There are also some truly excellent essays on this topic: the by now famous “Context, Not Container” by Brian O’Leary, and others in Book: A Futurist’s Manifesto.

Publishing has always contributed, reshaped and made culture. And this will remain in the digital world; exactly ‘who’ or ‘what’ publishing is though, is still evolving. What traditional publishing can teach startups though is that the story and the community must be the driver; not the story of the technology, or the technical connection alone. In fanfiction, technology, narrative, and community, exist together, which is one of the reasons I love it.

Fanlib, that ambitious, but arguably, misguided attempt to commercialise fanculture, perhaps misstepped by not ultimately recognizing that it is the human element, the context, and emotional connection that is the point of fanculture. The founders had a background in technology, not fandom. Fanlib was criticized by much of the fan community because it misread fanculture, misread its audience and seemed to be exploiting fan work rather than respecting it. Perhaps too this is a cautionary tale for publishers aiming to capitalize on the fan power demonstrated by Fifty Shades of Grey (yes, I think the fact that the fanfic on which it was based had tens of thousands of readers helped spread the word…A quick thanks to my fanfic friend, Molly, for making me think more about that).

As both a fan, a fan of fanfiction, and a publisher, I believe that fanfiction may yet benefit the publishing industry, authors, and fanfic writers and readers in ways that haven’t yet been explored.

Perhaps a startup will tell that story (and I’d like to write some of it).

DISCUSS: After Fifty Shades of Grey, is Fanfiction Gaining Credibility?

RELATED on PP: What Can Publishers Learn From Fanfiction?