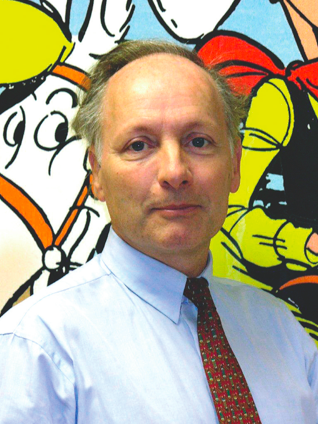 Fixed book prices, a dearth of affordable devices and limited content have all slowed the development of the e-book market in France.

There has been much talk about why the e-book market is slow to take off in France. The Guardian recently ran a piece on “Why France is shunning the e-book” and the New York Times proclaims that France’s paper book market and independent bookstores are doing well. The current situation of the market lies somewhere in between. It is true that independent bookstores receive support both from the government and the public. Paper books represent 52% of the French cultural goods market ,and for the moment, e-books make up less than 2% of sales.

However, three heads of major publishing companies are acutely aware of the arrival of the digital age and commented for Publishing Perspectives on today’s book market in France which must take into account a very different set of rules from the US and the UK: Jean Arcache is CEO of Place des Editeurs, a publishing group owned by Editis, which holds the foreign license for Lonely Planet and also publishes best-selling American authors such as Harlan Coben and Danielle Steel.

“The situation here is very different from the US, which started with discounting. Here, because of fixed price laws, you cannot do that. This raises the average price of an e-book to €15, rather than €9.99. This means we’re starting with little volume but a lot of value. It’s more beneficial because we can invest in social marketing, which is very important, in order to beat Amazon’s loyalty program.

“We are beginning in a controlled environment which means the market will increase through value and not discount. Moving to digital is linked to the availability of reading devices. The Kindle Fire will be out this fall. This may push forward the market for Christmas sales. Kobo’s partnership with FNAC helped everyone to go further. Now that some of the readers are much cheaper than others, this has allowed the market to start. We have an agreement with Google Play, and the major players in the US are now present in the French market.” Louis Delas is the CEO of Casterman BD and Jeunesse, publisher of Tintin, among others, and also a children’s books publisher. Given that children’s books and comics/graphic novels are two of the most dynamic sectors in French publishing, Casterman, which is part of the Flammarion group, is in a comfortable position.

In 2010 Delas was quoted as saying e-books, for the moment cost money to make and don’t make any money. “This is still the case for e-books. It’s a problem with heavy color pages as compared to black and white [such as with mangas]. The reading device needs to be appropriate, you have to be able to read the cartoon bubbles. Comics authors in the Franco-Belgian tradition always conceive their pages in their entirety and not panel to panel, so there are artistic constraints.”

The irony is that most comic book readers are hooked on e-books and would be buyers. There is a natural “bridge” between paper books and e-books as far as the public for comic and children’s books is concerned, said Delas.

“But the revenue doesn’t make up for it. So e-books will evolve, but progressively, it is inevitable. With children’s books, specific applications work better. But as long as e-readers, such as the iPad remain so expensive, these applications or e-books will be the domain of a certain public. During this economic crisis, the weak link is bookshops. Even if e-books cannibalize only 10-15% of the market, this can send booksellers over the edge. We have to react and anticipate. It’s certainly not a gold rush right now, but it’s not a disaster either. We have to be creative and intelligent while respecting our authors and listening to the needs of the public.”

Claude de Saint Vincent is deputy CEO of Media Participations, a conglomerate of book publishing (especially graphic novels and comics), film and television productions and news services. He is also Chairman of Izneo — an online comic book platform created by an alliance of publishers.

As far as the digital market is concerned, “it hasn’t taken off in France for two reasons: the Kindle was launched in 2007 in the US. When you go on Amazon you have access to 1.5 million books. In France the Kindle was launched 11 months ago, and when you look at Amazon.fr there are 65,000 books available. We just don’t have a significant amount of e-book readers and the offer is not wide enough.”

He adds: “Most people think digital publishing is an opportunity, but actually it’s very complicated because there’s no global format. With black and white you can start making money, but in France with such low volume, we are actually losing money.

It’s a strong trend and unavoidable but the offers on the market need to be extensive.”