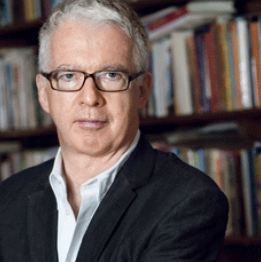 In an interview with The Independent, Sir Peter Stothard, editor of the Times Literary Supplement and chair of this year’s Man Booker Prizejudges, said that the rise of bloggers will leave the publishing industry “worse off.” Shame on you, bloggers, says Sir Peter Strothard (who has just put a huge internet target on his head).

“There is a widespread sense in the UK, as well as America,” he said, “that traditional, confident criticism, based on argument and telling people whether the book is any good is in decline. Quite unnecessarily.”

“Criticism,” Stothard argues, “needs confidence in the face of extraordinary external competition. It is wonderful that there are so many blogs and website devoted to books, but to be a critic is to be importantly different than those sharing their own taste…Not everyone’s opinion is worth the same.”

It is the rise of blogging in particular that the former editor of The Times finds most disappointing. “Eventually that will be to the detriment of literature. It will be bad for readers; as much as one would like to think that many bloggers opinions are as good as others. It just ain’t so. People will be encouraged to buy and read books that are no good, the good will be overwhelmed, and we’ll be worse off. There are some important issues here.”