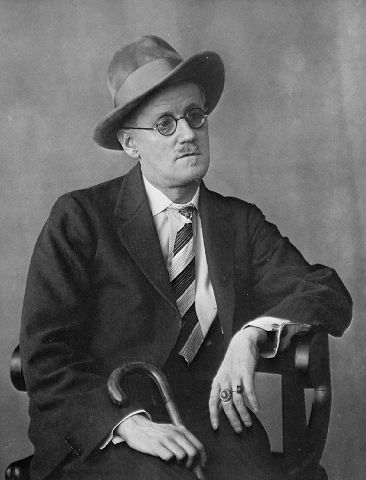 Without a doubt, Finnegans Wake is one of the least read and least understood of all modern classics. Told in an extraordinarily idiosyncratic language that many critics believe is meant to recreate the experience of sleep and dreams, it seems likely that few readers make it past these opening sentences: “riverrun, past Eve and Adam’s from swerve of shore to bend of bay, brings us by a commodius vicus of recirculation back to Howth Castle and Environs.

Indeed, as Joyce himself admitted (or boasted), he expected that it would take people fully 300 years to understand the book’s full meaning. And now, as China Daily’s Zhang Yue reports, Joyce’s masterpiece is being translated into Chinese.

The first volume has been translated by Dai Congrong, a Chinese language and literature professor of Fudan University, and will be published this month by Shanghai People’s Publishing House.

Dai says she spent ten years translating just the first volume. “I was aware about how tough it would be from the beginning. Yet without Chinese translation, the book would remain a mystery for Chinese readers, especially those who love James Joyce.”

In her translation, Dai retains about half of the author’s original words, and has put every possibly meaning of some of the more complicated words in the book’s copious footnotes. “Many words in this book have very rich meanings, and that’s why people find it hard to get it right. As a translator, I think I tried to not translate each word and sentence, only based on my own understanding. This way, we can leave more space for the readers.”

And while Dai’s ten years of work is impressive, it should be noted that Joyce took 17 years to write Finnegans Wake; the French translation took 30 years, the German 19.

“In order to grasp its meaning,” said Dai, “I had to break up each word and study it individually, as the book is full of word combinations that Joyce created. For example, the word ‘livvylong’ can be understood as ‘Livvy is a long river,’ or as ‘life long.’

There is no word as of yet as to when the second volume will be ready for publication.