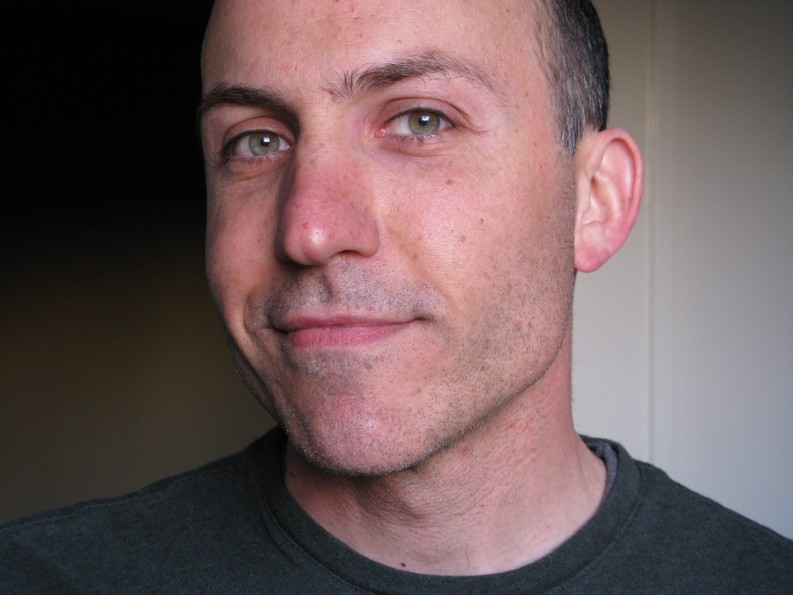 Kids won’t want to read books written by other kids? Who says? Must have been an adult.

“Over the past five years,” Elissa Gootman reported in the March 31 New York Times, “print-on-demand technology and a growing number of self-publishing companies whose books can be sold online have inspired writers of all ages to bypass the traditional gatekeeping system for determining who can call himself a ‘published author.’” Dave Weich: "Since when are kids only interested in 'meaningful' fiction?

“Critics say it is wonderful to start writing at a young age,” Gootman continues, “but worry that self-publishing sends the wrong message.”

The wrong message for whom? As messages go, I’m okay with telling kids that it’s alright to apply your fledgling passions, creativity, and discipline toward the achievement of a tangible, rewarding goal. Formatting a book hardly guarantees its author readership. Gootman makes that clear. No one’s promising wealth or fame. So who loses here?

Then again, kids sure buy a lot of music made by other kids. They hear the songs and see the performances, and instinctively recognize some part of it as their own. They relate, or want to. They imagine being friends with the singer, dating the bass player, or standing on stage themselves and making crowds roar. If I’m tomorrow’s commercial publisher, that’s a potent model to emulate.

Bestselling author Tom Robbins fumes, “Any parent who thinks that the crafting of engrossing, meaningful, publishable fiction requires less talent and experience than designing a house, extracting a wisdom tooth, or supervising a lunar probe is, frankly, delusional.”

Hooey. Since when are kids interested solely in “meaningful” fiction? And exactly who are you, Tom, to decide what’s meaningful to them? In every industry, disruptive technologies most threaten the people and organizations that have spent the most time and money to achieve status and power. When down come the walls, every newcomer is branded an infidel.

True, much of what’s published will be awful, by any traditional standard. Ay, there’s the rub! Historically, adults have exerted an outright monopoly on those standards. No longer. For the first time, kids can write and read among themselves. They’re connected and equipped. Ye olde supply chain is the last thing on their mind.

Only anecdotally is this a story about self-publishing. It’s really about the collision of technology and our storytelling culture.

“The young authors themselves, raised in an era of blogging and equal-opportunity Twitter feeds, take the notion of self-publishing in stride,” acknowledged the Times.

The world I’m describing doesn’t depend on traditional publishers, but adaptive houses will profit by leveraging their corporate infrastructures to shepherd the most talented child authors to the widest possible audiences. They should be acting on these opportunities, or buying companies that can.

It might take another industry to drag ours into the future. (Infidels!) How about Disney, a media empire actively plotting to create customer loyalty in the frigging womb? Will a visionary entrepreneur connect the dots? See, for a fledgling example, Felicia Day’s Written by a Kid.

One way or another, it’s coming. Tomorrow’s popular authors, crowdsourced today. Good news for traditional publishers: The majority of these kids will be over the moon to get even a modest book deal from Random House, Scholastic, or a plucky, independent press. For some, it will mark the beginning of writer-reader relationships that last a lifetime.

Where will it lead? Retailers with “kid-4-kid lit” sections; creative integrations with schools and summer camps; digital communities and contests.

Children’s books written by grown-up authors aren’t going away, simply because there will always be plenty of grown-ups who can captivate children with words and pictures. What’s more, many kids (and teachers and parents) will seek out stories that only older, trained writers can tell.

But when more stories written by children become readily available, more kids will get excited about reading. Kids who’d be reading anyway will read more. Meanwhile, more kids treating writing and storytelling as a worthwhile, formal endeavor can be nothing but a boon to commercial publishing. The only question is: Who will those publishers be?

Twenty or thirty years hence, try explaining to your grandchildren, “When I was a kid, the only books available to me were written by people my parents’ age.” The idea will seem to them as antiquated as rooftop antennas and rotary phones.

Dave Weich is the president of Sheepscot Creative, a marketing agency that invigorates literary and cultural brands. From 1998-2009, he worked at Powell’s Books, where he served as director of marketing and development. His latest project is a video inspired by the bestselling children’s book, Wildwood, starring Colin Meloy and Carson Ellis at a restaurant in The Impassable Wilderness.

DISCUSS: Kids Love Stories, So Why Not Encourage Them to Publish?