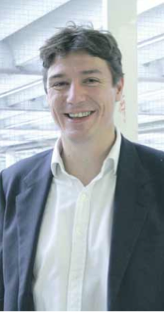 To many Europeans, it’s one of the most vexing issues of the new digital age: Why should readers be required to pay a higher tax rate on e-books than they do on print books? Well, because the European Union says they should. The EU’s VAT directive allows countries to set a standard rate of VAT that may be higher than 15%, but can’t go lower — save for some cases, such as books, provided they have a “physical means of support” — which most lawyers interpret as print. As a result, VAT on print books throughout much of the EU is significantly lower than on e-books.

“We pay 20% VAT on e-books, but in the UK we have the rather unusual position in Europe where we have 0% on print books,” points out Richard Mollet, Chief Executive of the UK Publishers Association. “But we feel that because they deliver the same cultural and social benefits, both print and e-books should be treated the same.”

Naturally, he doesn’t mean raising VAT on print books. “The e-book rate should come down, ideally.”

France and Luxembourg have already done exactly that. Luxembourg has a 3% VAT on both print and digital books, allowing Amazon and Apple—which have based their European operations in the country — to offer the lowest rate of VAT in Europe to their customers, much to the ire of competitors across the community.

“So far, the British government have disagreed with France and Luxembourg,” says Mollet, “but as our Booksellers Association points out, you should either follow suit or go to the EU and say there are infractions.”

The PA would like to see the language of the VAT directive changed so both e-books and audiobooks attract the same VAT rate as print. “It’s a stark anomaly,” says Moffet. “We simply want the tax law to reflect the equanimity of cultural good.”

While he says that “considering the explosion of e-books across the UK and elsewhere, you can’t really say it’s stifling growth,” he does acknowledge that it may have an impact in the future. And it most certainly has an impact on innovation, if only for the moment: “If you’re in your garage and come up with a fantastic new way to sell books online, you’ll move to Luxembourg before going into business,” he admits. “Of course, that too is likely to change, as in 2015, the VAT law changes to that of the buyer’s home country and not the seller’s,” meaning Apple and Amazon will lose that competitive advantage. “But three years in the e-book market is a lifetime.”

Mollet says that as far as the UK is concerned the 20% additional VAT one pays on digital books is roughly equivalent to the production and distribution costs associated with print titles. “So if you remove that impediment, you might see prices come down.”

Ultimately, though, Mollet doesn’t believe that reducing the VAT will lead directly to increased digital sales. “The next big kicker isn’t to do with e-book prices, but with device prices. We’re at somewhere around 8-10% revenue coming from digital on the trade side. You’ve got a small population out there with Kindles and iPads buying books quite happily. A change in VAT isn’t going to make them buy 20% more books, because it won’t give them 20% more time. It’s only once device prices drop that you’ll see the practice of e-book buying become more widespread.”

The European Commission is currently reviewing VAT and is likely to offer suggested changes by the end of 2013.