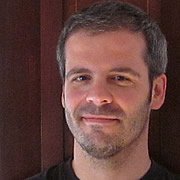 In 2011, 49% of e-book content online in Spain was distributed without the proper copyright holders’ permission. MADRID: Antonio Fraguas Garrido, staff writer at leading Spanish newspaper El País, participated in the panel “Emerging E-Book Markets” at the Digital Minds Conference in prior to the London Book Fair earlier this month. The goal was to explain to a highly professional audience how Germany, France and Spain are doing their homework to catch up with the US and UK in digital publishing.

Fraguas Garrido has been following copyright-related issues for his newspaper, writing on topics like “The Google Books Project: the implementation of the Spanish anti-piracy law — known popularly as the Sinde Law or the Spanish SOPA — and the challenges that Spanish copyright collecting agencies face today.” No wonder he sees piracy as one of the major challenges that has delayed publishers’ adoption of digital formats.

He says “Spain’s publishing industry is now getting ready for the kind of competition that the digital market demands. At a time when brave young digital imprints are making their appearance, more consolidated publishing houses are combining distribution efforts in order to preserve, in the digital context, the clout they still enjoy in the print world.”

Convinced as he is that peer-to-pper sharing is a major concern, he asserts that “according to the industry, in 2011, 49% of e-book content available online in Spain was distributed without the proper copyright holders’ permission. This pirated content is valued at 793 million euros by the industry. In 2010 the pirated book content was 40% of the total. That 9% increase in one year is supposed to be the highest for any cultural content, for example, music or film.” Although these numbers have been challenged by highly respectable and powerful members of the industry, Fraguas Garrido defends them: “this is the only available data on this issue. It would be great if we could rely on much more neutral information. The figures have been collected for the so-called ‘Coalition of Creators,’ an industry lobby, by International Data Corporation (IDC), which presents itself as ‘the premier global provider of market intelligence, advisory services and events for the information technology, telecommunications and consumer technology markets.’” He adds that it would very useful if the Spanish Ministry of Education, Culture and Sports (MECD), whose budget has been reduced to a pittance by the crisis, took on the duty of making a study of their own.

Pricing comes second in his concerns, but he does state that “the prices of e-books and printed books are perceived by the public as far too close. One explanation is the different VAT applied — 18% for e-books, 4% for printed books.” And then he comes to content: “An official report noted that whereas the number of different reading devices is growing, the legally available content to fill them is not.”