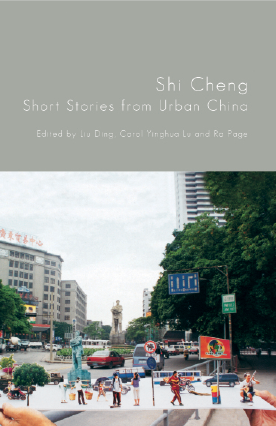 “The UK is not an easy market,” says Marysia Juszczakiewicz, founder and owner of Hong Kong-based Peony Literary Agency. “There is not necessarily a history of translation, unlike in other European countries. Plus there’s such a rich history of home grown product, people don’t feel they need translated writing quite as much.”

And yet, she says, in the last five years or so, the profile of Chinese writing has blossomed: “Generally there’s huge interest in China, both culturally and politically ­— and there are a number of factors for this. People are trying to understand China, and they’re trying to do that through its culture.”

Juszczakiewicz cites some of her own authors as examples of China’s rising profile: Su Tong’s The Madwoman on the Bridge won the Man Asian Literary Prize, while Christian Bale was so impressed by Yan Geling’s The Flowers of War that he agreed to star in the film adaptation, directed by Zhang Yimou. Another author in Juszczakiewicz’s stable, race car driver and blogger (with 300 million readers) Han Han was covered in the New Yorker and New York Times in 2011 even though his work will not be available in English until later this year: “The interest in him, from the UK to the US to Brazil, is phenomenal.”

Julia Lovell, translator and lecturer at Birkbeck College, definitely sees an upsurge in interest in Chinese books, but adds a few qualifications: “I feel that more time and patience is required for publishers to showcase to English-language readers the full complexity and diversity of contemporary Chinese writing. And there is still far more interest in economic and political than in cultural stories. I would argue that until pretty recently, Anglophone editors have also searched for a non-literary USP for Chinese titles: Usually sex or politics, and ideally both. What is arguably being overlooked is a large body of mainland Chinese work that, while artistically accomplished, fails to win over editorial boards in London or New York because it lacks this controversial USP.”

And yet, the interest in Chinese writing is sufficiently strong that even the perennially challenged short story market is benefiting, says Ra Page, founder and managing editor of short story specialists Comma Press, who will release the anthology Shi Cheng, Short Stories from China in April. As with Juszczakiewicz and Lovell, he stresses the diversity, unexpectedness and cultural discovery possible from reading Chinese writers:

“I hope that these stories give British readers a glimpse into a completely new and unfamiliar culture going through some fairly seismic changes — but that they also enable readers to pick out experiences that aren’t actually so unfamiliar after all. Sometimes the best way to describe something is, of course, to describe something else — either through metaphor, allegory, or just straight fiction. That’s what these stories do. They give us a snapshot of China at this very moment in time, by taking a side-step onto it. They freeze-frame it for us in high definition.”

Could it be, though, that the “boom” is a bubble that could pop?

Lovell is philosophical about the upsurge in interest from publishers: “Yes, it is a bit easier. But what remains as hard, as it always was, is sifting through the mass of material that exists, finding the best work, persuading a publisher with clout to take it, and creating a strong voice for the translation. So from that point of view, my life hasn’t really become much easier, and it wouldn’t make much difference to me if the current publishing trend turns out to be a bubble or not. I don’t mind, though; the difficulty of finding good work is one of the challenges and satisfactions of the job.”