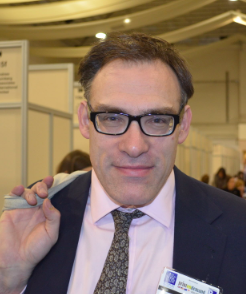 Post-apocalyptic dystopias seem the order of the day, with an auction underway for Hugh Howey’s Kindle Select-published five-book series Wool, the premise of which sounds like one vision of the publishing industry’s future. Earth (and, we presume, its high streets and publishing houses) has been ravaged by an unspecified global tragedy that we presume is nuclear (or possibly a well-known Internet retailer?), though it isn’t stated. The remaining inhabitants – novelists? editors? – live in sunken shafts. Venturing out is forbidden, and those that are caught expressing such a wish are punished by being given protective clothing and sent to the surface to clean the lenses of the cameras that provide footage of the outside world to those in the shafts. To do this, they use the wool of the title. Hodder is among five bidders with Associate Publisher Oliver Johnson commenting: “It’s excellent, very well done indeed. Dystopian SF set in the far future of the earth. The Kindle rating has been high, although interestingly, I believe they’re sticking to digital for the US and only going for print elsewhere.” The eponymous Jenny Meyer is selling, for whom LBF 2012 is shaping up very nicely indeed.

Transworld editor Simon Taylor believes post-apocalypse tales are still popular, although he predicts a return to “straightforward, post-GRR Martin fantasy soon, perhaps with the odd dragon thrown in there, too.”

Peter Straus at Rogers, Coleridge & White believes the growth area is young adult, “because it captures all markets”, and he notes another post-apocalypse series, The Hunger Games, as a prime example. “With a book like that, you might find every member of a literate family reading it.” Yet it isn’t dystopias on his mind, it’s dyspepsia. Straus has sold a humorous first novel called Idiopathy by debut British writer Sam Byers to Mark Richards at Fourth Estate. “It’s very, very funny,” he said. “Sort of Joshua Ferris meets Evelyn Waugh. It’s about a woman in her 30s whose relationship ends and who is completely dyspepsic about the world. Fourth Estate bought it on a partial and Mitzi Angel at Faber Inc [part of Farrar Straus] pre-empted. We’ve had a pre-empt from Objectiva in Brazil too, and a number of offers from European countries.