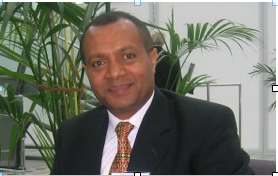 winner of the 2011 Burt Award for African Literature for his book The Young Crusader, founded the center and will serve as its first president.

Hailemariam said that center was established promote Ethiopian literature both domestically and worldwide. It will work to translate Ethiopian works of literature into languages for both the national and international markets, as well as to advance the ability of Ethiopian authors to profit from their own work.

Ato Abraham Alemu and Tefri Negussie offered a series of studies at the center’s first conference discussing trends affecting reading and writing in Ethiopia. In particular, they questioned whether policies put in place to ensure functional literacy had done much of anything to contribute to the formation of a literate society. They also discussed the need to reduce taxes on to paper and other materials used in publishing, as high taxes have driven up the cost of books, making them unaffordable to many readers.