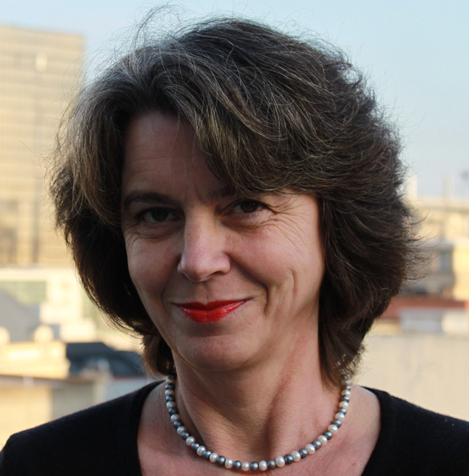 PARIS: It is still early days for e-books in France and it is difficult to predict how long this nascent state will last. The market share of e-books is estimated to be at best around 1.8%, but as Antoine Gallimard, Gallimard’s publisher and president of the French Publisher’s Association (SNE) told the Bookseller less than a year ago, there is “a real gap between the fascination for digitisation and its commercial reality.”

Virginie Clayssen, digital development manager at Editis — France’s second largest publishing group — as well as one of the leaders of the SNE’s digital commission, thinks there is a strong probability that in two or three years e-books could have a significant market share. Still, Clayssen, who blogs and tweets, and has been working on digital development in publishing from the get-go, remains cautious and feels that each country has its own rhythm.

Clayssen trained as an architect but developed a real passion for new technology and began to work with digital and video images early on. She learned to code with HyperCard and moved on to programming CD-ROMs, creating one of the very first made for children published by Hachette. She continued to work with publishers as a consultant, creating first generation websites for them until it made sense for her to join a team where she could work on projects that were unattainable on her own. Clayssen has been at Editis (which recently signed with Amazon and Apple) since 2008 where she has been responsible for building, among other things, the company’s e-book distribution platform, E-Plateforme, and is now focusing on digitizing backlists and making the platform accessible to the greatest number of channels. She is also intent on training people working for the various Editis companies so that “in each house there will be someone who can work on digital development…we didn’t want editors to have anything taken away from them because of the digital aspect.”

Clayssen’s approach is steady yet patient:

“For years now I’ve been what you might call evangelizing since my background is digital and I work with publishers. I’ve learned that not everyone moves at the same pace and getting impatient with people because they don’t understand or are not interested is not the way forward. On the contrary, I find it completely natural that e-books are not the primary interest of people who went into publishing after studying literature and whose main occupation is meeting writers or putting out good texts. Of course when you are immersed in a world in which you read RSS feeds and talk about the latest announcement that Apple or Amazon has made or HarperCollins’ latest deal with libraries, you can be taken aback when some people ask very basic questions but after all, I don’t make books all day either.”

Traditionalists vs. Innovators: We’re All Publishers

Clayssen says she sometimes feels discouraged or saddened by the schism that exists between traditional publishers and those who work in a digital world and are impatient with the former. She reiterates how normal it is for book publishers to be concerned about the growth of e-books, given that for the moment they represent such a tiny portion of the book market. Pure “e-book publishers aren’t worried of course since they are surfing on the incoming wave, with that formidable energy that is linked to whatever is new. But publishers involved in both paper and e-books are worried because they are conscientious and responsible towards their employees, their authors, readers, and booksellers…what should bring us together is that we are all publishers.”

As far as e-books go, French publishers are more or less where US publishers were three or four years ago, says Clayssen.

And in terms of looking at a model, Clayssen feels there are three—the Anglo-Saxon world, Asia, and the rest of the world.

“In the Anglo-Saxon world, the USA is definitely ahead in terms of the digital market development and the UK is following behind, with a development that resembles what we’ve seen in the US, because of an identical environment with free pricing for retailers, and a network of bookshops that is in decline. In Europe the context is legislative and differs slightly. Publishers control prices, which helps independent bookshops to continue to exist, and publishers want to control the price of e-books…With the arrival in Europe of very important actors such as Amazon or Google, which have a vested interest that the digital market develop quickly, these can be vehicles for development.”

Clayssen points out, however, that Amazon launched in Germany last March, but the market hasn’t taken off as it did in the UK, which she attributes to their e-book catalogue still being weak, as it is in France. She admits that this can be a bit of a Catch-22, with publishers waiting because it takes time and is expensive to digitize their backlists until the market takes off, while conversely the market will remain at 1% because there is no backlist.

The US had the advantage of a real commitment on the part of Amazon when e-books were launched says Clayssen. “They lowered their prices so much that this boosted the launch. Then, almost two years later when publishers managed to impose higher prices it was as if Amazon had sponsored the e-book launch. Whereas here we are not allowed to do this.”

Clayssen is looking forward to meeting and learning from Japanese publishers just before the Paris book fair this week. She traveled to Korea two years ago and had found at the time that the situation was different from what she had imagined. “Although the digital practice was very developed, e-books weren’t particularly and neither was their catalogue.”

But the digital revelation doesn’t just lie with the e-book, says Clayssen. “It’s e-commerce, with sites [for readers] such as Babelio or Sens Critique where readers can find books. It’s important to master all these tools. All of this calls for a real investment on the part of publishers…it’s a fascinating time to work in publishing and to see how people will make the transition.”