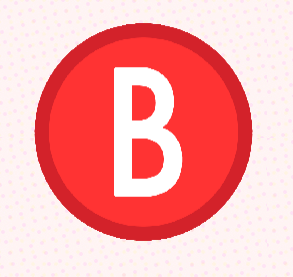 “Help the authors, get them as partners, and powerful change becomes possible.” McLean believes the industry is facing something it hasn’t experienced in a thousand years. And while Bookigee’s goal is, ultimately, to change the publisher’s model — it is starting first with help for writers.

The initial product out the chute is WriterCube, a do-it-yourself marketing analytics app for authors that combines robust sales and social media information. It includes a goal tracker that enables marketing analysis, as well as a database of tutorials designed to help authors learn about their audience and how to do their own marketing. “One of the things we know is that publishers don’t have the bandwidth to do the marketing for their authors,” said McLean, “and then there’s the authors coming from alternative means who aren’t working with a traditional publisher.”

But why start with writers, and not with publishers, who would seem to have a greater degree of influence? “For me, the reason we’re starting with writers is, I believe that the authors are the beginning of the line of value. So if you want to make change in the market, you start with the authors. If you serve them usefully and authentically, you’ll be in a great position to make change below them in the value chain. So for instance, if we wanted to create a consumer-facing discovery platform, we could bring them along and make them a central focus.  If we wanted to create alternative channels to consumers, they would then be in a position to use them.  If we wanted to explore new ways for publishers to source talent or test the market place, authors could have an active role in that. Help the authors, get them as partners, and powerful change becomes possible.”

Kristen plans on getting on her soapbox while at this year’s Bologna Children’s Book Festival, where she will address the need for publishers to look outside of themselves as an industry at the Tools of Change for Publishing conference, the Sunday before the Fair. “Basically I’m going to bring in some really interesting stuff from American and world markets, marketing trends that the publishing industry needs to be aware of, things coming from outside of traditional markets. I’m going to talk about social research into future literacy for kids, what kinds of media literacies kids need to have —there’s some interesting research going on at Stanford and Berkeley as well as in the UK. I’m going to talk about how the use of hand-held devices overseas is going to leapfrog over our use of home computers – that’s an rapidly growing trend which means that emerging markets are not going to be interested in normal publishing routes – how do you meet the challenge?”

But the bottom line, and her goal with Bookigee and her overriding theme for TOC is this: “On the highest levels, we have to get outside the walls of our office in our industry and look at what’s taking place on the street. We are so used to thinking that we know and understand our marketplace better than anybody else, but that’s no longer the case. At this stage in the industry’s evolution it is critically important to develop a street-level view of the customer’s view – both now and in the future.”

READ: Kristin McLean’s article for Publishing Perspectives, “The Kids Are Alright: Why Digitization and E-books Are Good for Literacy”

DISCUSS: Exhibiting at the Bologna Book Fair? Pitch Us a Story