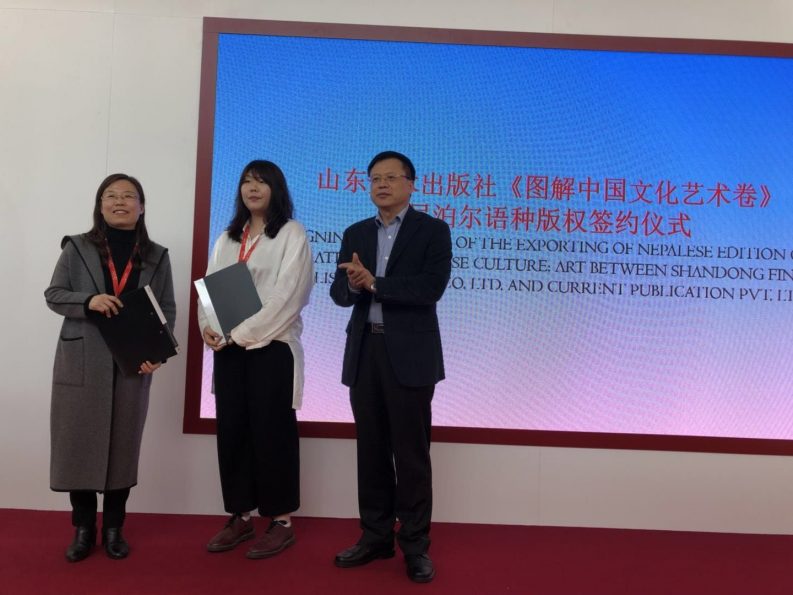 With more rights deals being a major goal of China’s Guest of Honor program at the Bologna Book Fair, this rights deal with a Nepalese publisher was celebrated. 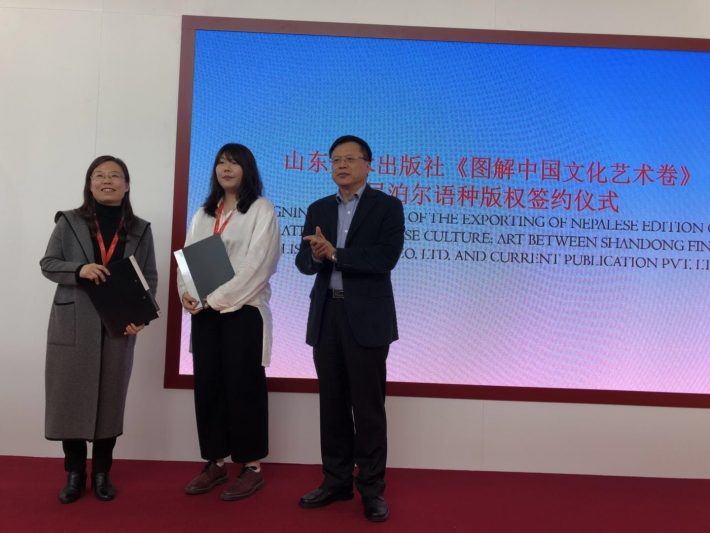 As a part of the China’s Guest of Honor program at the 2018 Bologna Book Fair, the Shandong Fine Arts Publishing House held a special signing ceremony to celebrate a new rights deal for Illustration of Chinese Culture: Art, which will be published by the Nepal Modern Publishing House.

This rights deal is both a crucial achievement in Shandong Publishing’s “Go Global” efforts and an opportunity for Nepalese readers to gain an understanding of traditional Chinese art. And the hope is that this will open up a new chapter of fruitful and lasting partnership between the Shandong Fine Arts Publishing House and the Nepal Modern Publishing House.

Illustrations of Chinese Culture: Art is an educational book series that introduces young readers to Chinese art. It is meant to be a kind of “mini encyclopedia” of Chinese art history for beginners. The series includes a selection of over 60 elements from traditional Chinese arts history such as bronze ware, terracotta sculpture, stone reliefs, glazed pottery, murals, jintailan enamel, traditional Chinese painting, calligraphy and more. The works presented in photographs and background information.

Chi Yun, Chief Editor of the Shandong Fine Arts Publishing House, was present at the contract signing ceremony and addressed the audiences.

A senior official from the State Administration of Press, Publication, Radio, Film and Television expressed the hope that with the increasingly tighter bond between Chinese publishers and the rest of the world, more Chinese books would be available to young readers around the world.